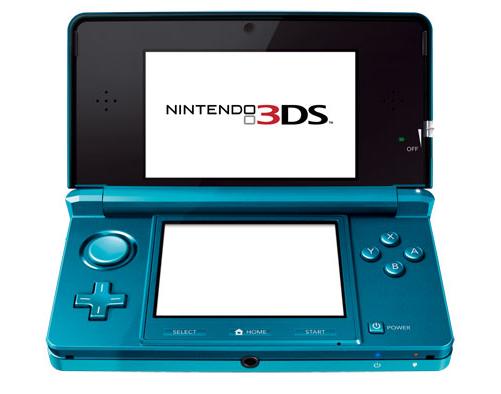 The release date will surprise some; with sources previously suggesting the Nintendo 3DS would be available before Christmas. Despite the announcement of a launch date for Japan, there is not yet a solid release date for the 3DS in North America and Europe. However, it’s thought that Nintendo will shortly confirm that the 3DS will be available in these regions mere weeks after the handheld is released in Japan. The estimated price of a Nintendo 3DS in Europe is £199.

In addition to brand new 3DS games, the Nintendo 3DS will also be able to play Game Boy and Game Boy Advance titles thanks to a retro download service. Classic Nintendo games available to play on the 3DS will include Super Mario Land 1 & 2, Super Mario World, Zelda: Link’s Awakening, a large selection of Pokémon titles and many others.

So Train2Game, will you be getting yourself a Nintendo 3DS in March next year? Does £200 seem reasonable? What do you think of the 3DS games line up? And are there any retro titles you’d like to download?