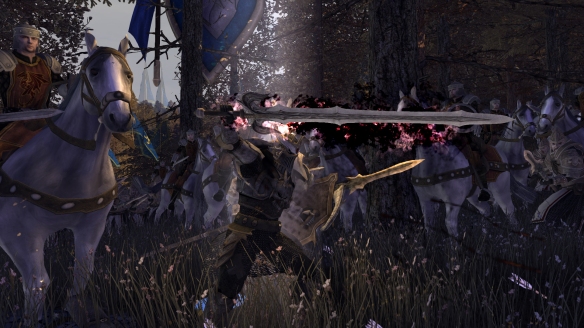 Train2Game students looking to get ahead when it comes to finding that first job in the industry should be developing their own games or mods.

That’s according to Neocore Games, developers of the recent King Arthur II: The Role-playing Wargame, published by Paradox Interactive.  The advice was given in a soon to be published interview with The Train2Game Blog.

“In the case of developing your computer game, we can say a couple of things: be persistent in all circumstances, do many tests and keep your ears and eyes open for feedback.” Neocore PR and Community Manager Orsolya Tóth told the Train2Game blog.

She said that digital distribution means that it’s now easier to get games out there than it was in the past.

“Start with a smaller project, where you’ll get fast and effective feedback directly from the gaming market. As the digital distribution becomes more and more popular, it’s much easier to reach the gamers with smaller games as well, so it’s a huge opportunity for new game developer companies.”

And Tóth added that modding is a great way to show a potential employer what you’re capable of.

“In case you want to join an already existing company, then show them what you’re capable of – a well-functioning mod, a demo version of an idea, concentrating mainly on one thoroughly developed feature, will help you a lot, if you don’t have the necessary working experience yet.”  she concluded.

It certainly isn’t the first time an industry figure has told the Train2Game Blog that making your own games or modding is a good way to secure that vital first job in the industry.  Valve’s Chet Faliszek and ID Software’s Tim Willits are among those that have told us that modding is a great way for an aspiring game developer to show off their skills.

The full Train2Game Blog interview with Neocore Games about their recent release, King Arthur II: The Role-playing Wargame, and much more will be published soon.

So Train2Game, what are your thoughts on the advice from Neocore? Are you working on your own games and mods?