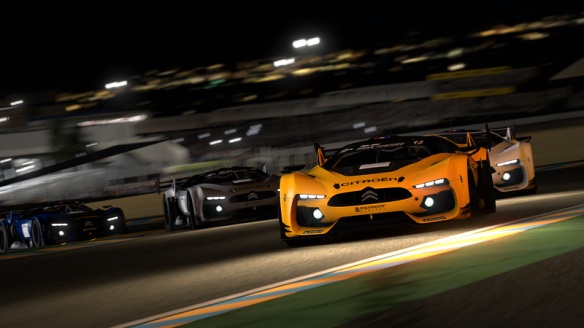 It may have been years in the making, but Gran Turismo 5 has made an immediate impact on the UKIE GfK Chart-Track All Formats Top 40 by taking top spot.

After a long wait, Gran Turismo 5 was finally released last Wednesday to generally positive reviews. The icing on the cake for Sony and Polyphony Digital is that the racer has reached number one in its debut week by knocking the mighty behemoth that is Call of Duty: Black Ops from the top spot.

Activision’s first person shooter was number one for two weeks following its record breaking release. The arrival of Gran Turismo 5 also pushes Assassin’s Creed: Brotherhood down one spot to third place in this weeks chart.  FIFA 11 is still selling strongly almost two months after its chart topping debut, and holds onto fourth place. Just Dance 2 is also a non-mover and remains in fifth.

Need for Speed: Hot Pursuit has moved down three places from third to sixth in its second week on sale, while Nintendo Wii Party has also moved down the top ten, dropping one place to seventh spot.  Art Academy for the Nintendo DS is the big winner in this weeks Top 40, jumping almost 20 places from 27th to eighth place. It overtakes another Nintendo Title, Wii Sports Resort which has dropped two to ninth.

Former number one Fallout: New Vegas, rounds out the top ten, having clawed its way back in after dropping to 13th place last week.

Disney’s brand new – and heavily advertised – Epic Mickey has failed to even reach the Top 40 and only managed to reach 11th in the Nintendo Wii chart.

The full UKIE GfK Chart-Track All Formats Top Ten for the week ending November 27th is as follows:

So Train2Game, do you think Gran Turismo 5 deserves the honour of number 1? Can it go on to be ‘the biggest selling PS3 game of the year’ or will sales drop next week? And are you surprised to see Epic Mickey fail to even make the Top 40?