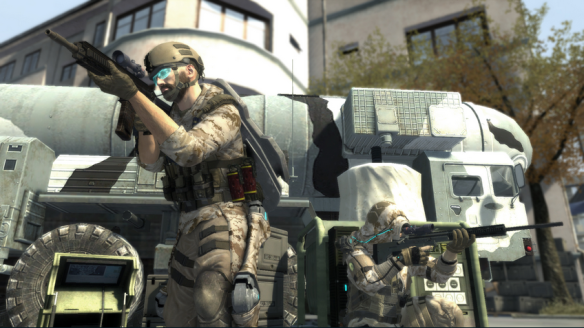 PC and indie games show Rezzed has revealed more developer sessions for the Brighton event, with Ghost Recon Online and Shootmania developers speaking about their games.

Developers of both of the Ubisoft titles will be talking about their games on the second day of the show, with the Ghost Recon Online developers taking to the stage at .3pm, while the Shootmania team will discuss their title at 5pm.

Peter Molyneux,  Day Z creator Dean “Rocket” Hall, The Indie Stone,  Introversion Software, The Creative Assembly, Splash Damage CEO Paul Wedgwood and Gearbox Software’s Randy Pitchford are among those giving talks during the two day Brighton event, while a variety of games are available to play on the show floor.

Not only that, but everyone who buys a ticket for Rezzed gets a free DOTA 2 beta key. Rezzed takes place in Brighton on Friday 6th and Saturday 7th July, with tickets available here.

We’ll be sure to keep you up to date with the latest news as the show approaches and the final speaker is announced.

Will you be attending these developer sessions?