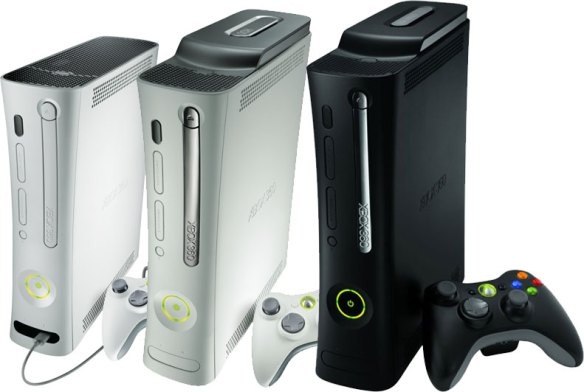 One of the most popular gaming platforms amongst students on the Train2Game forum celebrates a big milestone today. Yes, the Xbox 360 console has turned five years old in the UK, one week after it reached the grand old age in the United States.

Of course, Microsoft UK has used the occasion to big up the console:

“From the beloved Xbox 360 Arcade, Pro and Elite models of yore through numerous special editions, holiday bundles and the advent of Xbox LIVE, to the sleek new 250GB and 4GB models of 2010, Xbox has morphed into a true entertainment powerhouse, successfully delivering an amazing array of gaming, movie, music and TV experiences to millions of owners here in the UK and around the world”

Of course, Train2Game students will have already known that the Xbox 360 does all of the above! Microsoft has also listed what they see as milestones of the Xbox 360 over the last five years:

More than 45 million Xbox 360 consoles have been sold worldwide, and Kinect has been selling strongly since its launch with 2.5 million having been purchased by consumers. The launch of Kinect also doubled sales of Xbox 360 consoles here in the UK, so there are plenty of new gamers’ experiencing the console for the first time, even five years after its release!

“Families are looking for more value than ever this Christmas and looking to stretch their money,” said Stephen McGill, Director of Xbox and Entertainment, UK & Ireland.

“An Xbox 360 console and Kinect can bring everyone together this season and entertain every single member of the family, from kids to grandparents. And with Kinect for Xbox 360, all you need is your voice, hands and body to jump into the controller-free fun.”