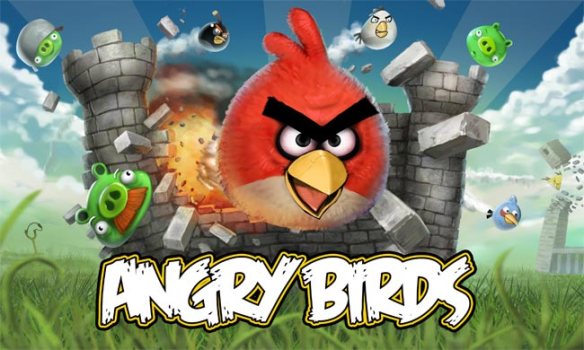 In recent weeks the Train2Game blog has been reporting on the rise of social media and casual games, and all evidence does point to the genre becoming more and more successful in future.

When it comes to the realm of Facebook, Cityville is currently the most popular standalone game with over 100 million users playing in the less than two months since it was released. However, when it comes to casual games for mobile phones Angry Birds is King.

Angry Birds is the most popular game on the iPhone, with over 50 million downloads and is an almost permanent fixture in the top paid software chart in the Apple App store. Now this success looks like it could lead to even more revenue for developers Rovio, with Angry Birds merchandise now seemingly set to invade the High Street. It’s something that Train2Game students may dream of seeing happen with their own games!

“We have licensing agents in North America and Europe going through various opportunities. We want to address fans of all ages with fun and inspiring Angry Birds merchandise – solid products that will contribute to building a strong brand.”

“The full console games will be available later in 2011. We’re looking at digital distribution as our main channel at the moment, but have not ruled out boxed games.”

Yes, you read that correctly Train2Game blog reader, later this year it may be entirely possible to walk into a High Street retailer and buy a game that first appeared on the iPhone.

Cuddly toys and mobile phone covers are already available, while Rovio say stationary, board games and clothing are also on the way.

Game PR boss Neil Ashurst says Angry Birds “will become like Harry Potter in terms of the enthusiasm around it.”

There is certainly a lot of enthusiasm around the casual mobile game, with the New York Post reporting that a TV series could be on the way! Would any Train2Game students like to see games they create made into a broadcast series?

Whatever happens with Angry Birds in future, it’s already clear that mobile gaming could be a very lucrative market for a Train2Game student development team.

So Train2Game, what are your thoughts on the ever rising success of Angry Birds? Have you played it? Is it worth the hype? And would you like to see games you develop end up with merchandise including pencil cases and board games!?