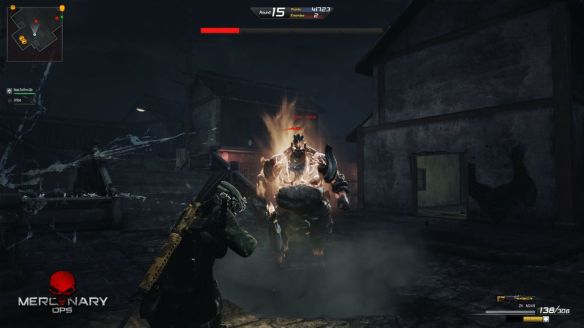 Beta testing will begin in mid-June, with six types of competitive and cooperative game modes across a number of maps based in a near future where guns for hire fight each other. For your chance to take part in the Mercenary Ops beta, simply ‘Like’ the game’s official Facebook page.

Mercenary Ops is scheduled to launch in the summer, with the free-to-play shooter featuring micro transactions, allowing players to unlock and customise weapons. The game is being built using Epic’s Unreal Engine 3.

“Balancing is always a major concern when it comes to online shooters, especially when they are free-to-play,” said Mercenary Ops Producer Jason Sharp on the decision to hold a beta test.

“Because of this, we have committed heavily to testing the game internally and have even invited some of the world’s best professional gamers for their invaluable feedback. With the launch of our closed beta we will have the chance to garner even more feedback, this time from general shooter fans.” he added.

And for more on beta testing, how it’s useful for Train2Game students, and opportunities to get involved with it, keep reading the Train2Game blog.

What are your initial thoughts on Mercenary Ops? Will you be applying to take part in the beta?