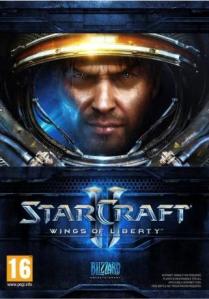 It has been one of the most anticipated PC games in years, but finally, Starcraft II: Wings of Liberty has launched worldwide – and only 12 years after the original Sci-Fi RTS was released!

Here in the UK, a midnight launch took place at Game on central London’s Oxford Street, with hundreds of fans queuing up in order to be among the first to get their hands on a boxed copy of the game.

Of course, Starcraft II: Wings of Liberty is also available as a digital download, but many still see the advantages of buying PC games on a disc.

It’s widely predicted that Starcraft II: Wings of Liberty – the first instalment of a three part sequel – will sell exceptionally well for a PC title. Unfortunately, we may not know exactly how well the Sci-Fi RPG sells, because digital downloads are not tracked in the UK by Chart-Track.

Analysts suggest that Starcraft II could sell 7 million units and generate $350 million in sales which would nicely make up the reported $100 million the game cost to produce.

So, Train2Game students, have any of you already got your hands on Starcraft II: Wings of Liberty? If so what do you think?  Would you prefer it in a box or as a download? And what would you give to someday work on a massive title like Starcraft II?

As usual, leave your thoughts either here or on the Train2Game forum.