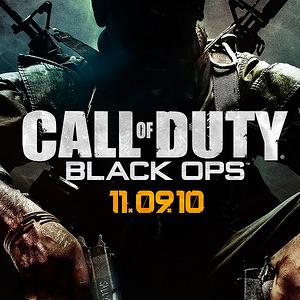 You wouldn’t want to be working in Activision’s PR department right now would you? It seems like every time CEO Bobby Kotick – or anyone else at the top of the company – opens their mouth they agitate gamers.

Last week, Bobby Kotick suggested that audiences would like to pay in order to watch CGI game cinematics. This wasn’t well received by gaming forum users anywhere on the internet. On the plus side, the Activision CEO calmed previous, self caused, fears last week by stating there are no plans to make Call of Duty: Black Ops, or any future Call of Duty games, a subscription based service.

So that’s the end of any discussion about any extra charges for a Call of Duty game, right?

Activision has revealed that that a ‘premium’ Call of Duty service is in the pipeline. The plans were revealed by Activision COO Thomas Tippl at the Deutsche Bank Securities Inc. Technology Conference, report CVG. Tippl says Activision want to offer “more choice” as the company looks to “extend revenue models”

“I don’t think there’s a one size fits all…. There’s no doubt that we are looking to extend recurring revenue models and in many ways we have already accomplished that – even on Call Of Duty, although it takes a different form than subscription” He said.

“Every year we have a great game, so every year we have recurring revenues that has a lot of zeros attached to it. We are expanding revenue during the in-between periods with additional content we’ve sold very successfully with map packs.”

“As we look into the future, there are new and innovative service offerings that could give players more choice. What we’re not going to do is take anything away from players that they used to get today for the price they get it for today. I don’t think that would be a good and smart business decision.

“But I think we have a lot in our pipeline that we believe will provide great value for our players. So I think there’s continued opportunity to expand the player base and to provide them with service offerings and products that can also enhance revenue growth.”

If you’re not familiar with business speak, this basically translates to “we want to add to what you get, but you’ll have to pay for it” Of course, Activision have experimented with ‘additional services’ with the Call of Duty: Modern Warfare 2 downloadable Stimulus and Resurgence packs, which despite costing over £10  each sold rather well. Bobby Kotick echoed Tippl’s remarks, more or less cementing the plans in the process:

“As long as we keep providing value – whether it’s in services, or new content or things like virtual items… There’s so much we can do to provide value to our customers,” he said.

“They’re willing to pay us for it and I think giving multiple entry points to consumers to figure out how to exactly play the game is something that’s really important to building our audiences.”

Unfortunately, these aren’t the only remarks from Bobby Kotick that are extremely likely to annoy people. The Activision CEO has extraordinarily claimed that Bungie are “the last remaining high quality independent developer in the world” Yes, Kotick went there.

Who knows what excellent independent developers including the likes of Valve, Gearbox, Rebellion, Ninja Theory, Epic, Level 5, Insomniac think about think about Kotick’s comments, but gamers themselves are outraged and saddened by what he’s said.

Bobby Kotick’s comments  about Bungie compared to other developers in full are as follows:

“Bungie are a very unusual company, they’re probably the last remaining high quality independent developer. It’s very hard to [pauses]… that has sort of has institutional skills and capabilities. And they’re a real company.”

“When they started the process of looking for a new partner, they’d been in business with Microsoft. They had a vision for a product they wanted to create that needed certain skills and capabilities – that Microsoft had some of.”

“But as they started to go and look at the obvious candidates, they realised that no company other than Activision had the skills that they needed to be successful for the vision of that product. These are things that you never would have envisioned five years ago.”

“Blizzard had 2,500 people in customer service and support just for World Of Warcraft. How you train them, how you manage them, how you organise them… how you use CRM tools in delighting and satisfying the expectations of your audiences.. It’s something no other company [Bungie] talked to [could offer].”

So Train2Game, what do you think about Activisions latest plans for charging for Call of Duty? Good business sense or money grabbing greed? And do Kotick’s comments about independent developers show that he and Activision are completely out of touch with the rest of the games industry?