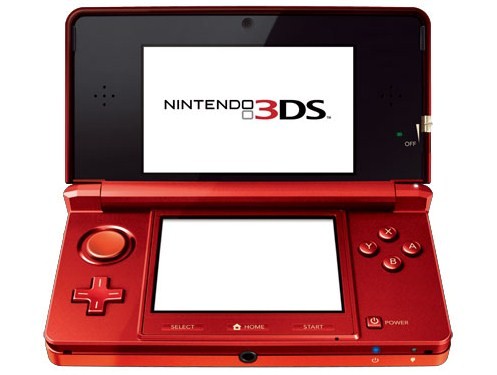 MCV Online report that invitations to the gathering have been sent out to the press, and suggest that Nintendo will reveal a European launch date and price for the 3DS, along with a launch line up.

The Nintendo 3DS is not only the world’s first 3D handheld console, but it also offers the chance to play games in 3D without the need for special glasses. Train2Game students who wear regular glasses are no doubt pleased about this!

The Nintendo 3DS will be available in Japan from February 26th 2011, with a European release date expected to be in March. If that is the case, it’ll mean eager Train2Game students should be able to resist importing a 3DS from Japan!

There are no official launch titles yet, but earlier this year Nintendo revealed a software trailer that shows a wide variety of 3DS games in development. Big name titles include Super Street Fighter IV DS, Metal Gear Solid Snake Eater, Dead or Alive Dimensions, and Mario Kart 3DS. This morning CVG has reported that The Sims 3 will also be coming to Nintendo’s handheld.  You can see the Nintendo 3DS software line up video here on the Train2Game blog.

While we have no official confirmation of what the launch titles will be, though this is likely to change after the Nintendo event! You can check out the Thoughts of Train2Game blog to see which games Gabe believes will be available with the Nintendo 3DS at launch. Of course, all will be revealed on January 19th.

Earlier this month on the Train2Game blog, we reported on how handheld consoles are losing the mobile gaming market to smartphones. Could the Nintendo 3DS help slow down this trend?

So Train2Game, do you want a Nintendo 3DS? Are you looking forward to the announcement? And which games do you expect to be launched with the handheld console next year?