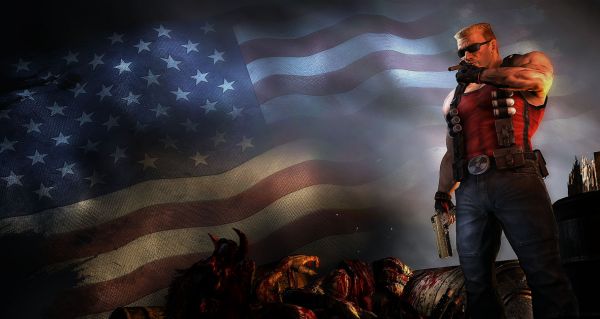 After 14 years away, the King is back with Duke Nukem Forever taking top spot in the UK chart in its first week on sale.

The debut success of Duke Nukem Forever finally knocks long time No.1 LA. Noire from the top of the chart down to No.2, while another former No 1, as reported by the Train2Game blog, in the form of Zumba Fitness climbs one to No.3.

infamous 2 enters the chart at No. 4, and as reported by the Train2Game blog, it’s a game Train2Game students should take an interested in due to the user generated content tools available for creating levels.

LEGO Pirates of the Caribbean, Dirt 3 and former No.1 Brink all drop places down to No.5, No.6 and No.7 respectively. New entry Red Faction: Armageddon  enters at No.8, with much more information about the game available in a Train2Game blog interview with Lead Level Designer Jameson Durall.

He also stressed the importance of modding and user generated content to those looking to get into the games industry.

The UKIE Gfk Chart-Track All Formats Top 10 for the week ending 11th June 2011 is therefore as follows:

So Train2Game, is it a well deserved No.1 for Duke Nukem Forever? Is it just something that the game has been released? Have you tried the Infamous 2 level creator? And which game will be No.1 next week?