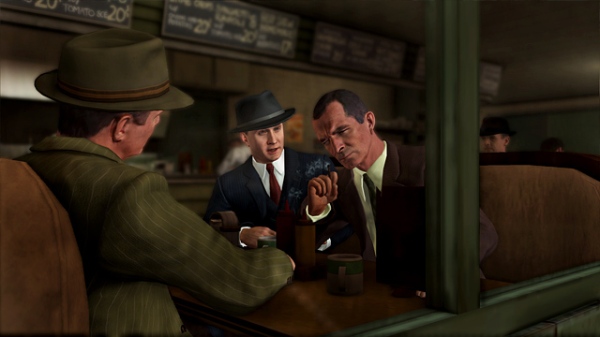 That’s according to  Team Bondi co-founder Brendan McNamara in an interview with PSM3.

“Yeah, I think they’re looking at it for every game. As much as LA Noire is a huge game, Grand Theft Auto is incredibly huge, so you’ve got all the problems of how big the cast would be and how many lines would you have to record and all that kind of stuff.

“Obviously we’d like them to, and they’re more than welcome to use MotionScan, but if they decide it’s not right for that and want to use it for another game, then that’s fine too.

“I think it brings a level of humanity to the experience that means people will – in the first few minutes – start relating to the characters on screen. They don’t have to make that decision about ‘whether I like this guy’ or ‘do I actually believe them? – but they can make all the like or dislike decisions based on the actor’s performance.

“Rockstar will make those decisions. They generally make the right decisions in terms of what they do for their games.”

The prospect of motion capture in Grand Theft Auto V is no doubt an intriguing prospect, both to Train2Game Art & Animation students, and everyone else.

There has been no official announcement regarding Grand Theft Auto V, but increasing rumours suggest that we’ll glimpses of it in the not too distant future.

So Train2Game, do you think GTA V could benefit from motion capture? Do you believe it’ll be in the game?