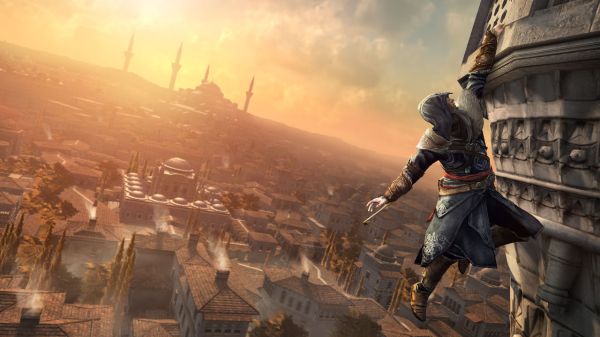 Train2Game students will be familiar with the impressive facial Art & Animation of L.A. Noire, with many wondering if it could be beaten in future.

Well, the facial animation of Assassin’s Creed: Revelations could surpass that later this year, thanks to the Mocam technique used to capture footage.

“One of the elements that’s really interesting about Mocam is that, while  it creates a lot of high-fidelity character expression and movement, the actor doesn’t need to look like the character he’s playing.” Assassin’s Creed: Revelations Lead Game Designer Alexandre Breault told Now Gamer.

“It’s a system that’s able to interpolate the facial movements of one person and apply them to any model. That gives us a lot of flexibility with our actors.” He added.

That means the in-game character doesn’t have to look like the actor who plays them, useful for Assassin’s Creed: Revelations which features a number of historical characters.

Another way the motion capture used for Assassin’s Creed: Revelations could beat that of L.A. Noire is that it incorporates the entire body. Team Bondi’s method, while very impressive, only captured the face of the actor or actress.

“They’re also able to act with their whole body, as the system isn’t just limited to the head” explained Breault.

It certainly sounds impressive, much like the fact the Train2Game blog reported earlier this year that the Ubisoft team behind Assassin’s Creed: Revelations is over 200 people strong.

And while it isn’t being used to capture facial animation, Uncharted 3 is also using advanced motion capture techniques.

So Train2Game, could Revelations surpass the tech of L.A. Noire? Would it improve the game? Is motion capture the way forward?