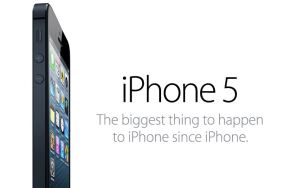 Apple’s Phil Schiller announced it as “the most beautiful product we have ever made.”

The new iPhone is thinner and lighter than its predecessors but has a bigger 4 inch screen which will be good for gamers. It uses a 16:9 screen ratio, letting you get the most out of your screen. The device also improves on touch sensitivity with a sharper response, further improving gaming inputs.

It will support the new 4g, meaning faster speeds. The WiFi connection gives 2.4ghz and 5ghz on 802.11n. Theoretically with these higher speeds it is possible to get 100mbps downloads.

Inside the new handset will be Apple’s new A6 processor which is smaller and quicker than the A5 that is used in the 4s and iPad2.

Apple has said that the battery life will be better which means you can game for longer without worrying. The charging connection has been updated to a slimmer plug but an adapter priced at £25 from Apple will be available so you can still use older docks and chargers.

The handset is said to have console quality graphics. This was proven by a demonstration of Real Racing 3 – released later this year – which had impressive real time reflections in the rear view mirrors of the in-game cars. Game Centre was shown to have improved as well, now incorporating time-shifted multiplayer.

This new device opens up a whole new possibility of gaming potential on mobile devices.

It will be sold with either 16 gigabytes, 32GB or 64GB of storage. The basic model will be sold for £529 and is available for pre order from Friday.