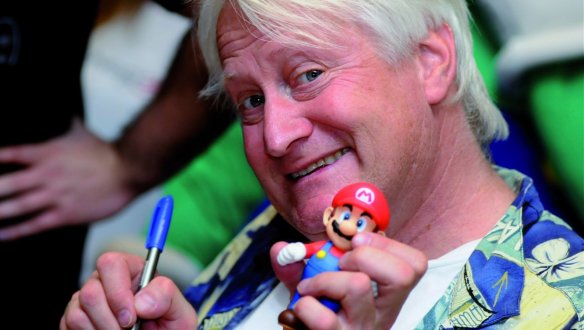 To commemorate the landmark anniversary of Nintendo’s best loved game Mario Bros, GAME will be hosting Charles Martinet, the iconic voice of Mario, at GAME Hamleys on Thursday 10th September.

Charles Martinet has voiced Mario since 1995, and also provided the voice for Luigi, Wario, Waluigi, Toadsworth, Baby Mario and Baby Luigi among other legendary Nintendo characters.

GAME customers are in for a real treat as Mr Martinet will only be available at GAME to sign special anniversary edition Mario Bros posters and sleeves for fans at the following times:

Staff will also be plumbing away on the day taking photographs of fans meeting their Nintendo hero in this once in a lifetime opportunity.

GAME Hamleys is located in the basement of the Hamleys store on Regent Street, London. Gamers are encouraged to get there early to get involved.