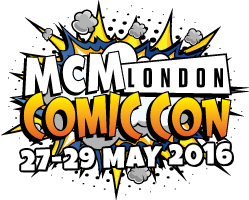 The Yogscast are attending MCM London Comic Con the weekend of May 27-29 …and they’ll also be hosting a special Gameshow session on the evening of Friday 27!

Throughout the weekend, fans of the hugely popular YouTube channel will be able to get autographs signed by members of The Yogscast and snag excellent official merch by visiting their stand. Lewis, Duncan, Kim, Hat Films, Hannah and Martyn will be there Friday and Saturday, while Sunday will have Lewis, Hat Films, Turps and Kim.

On Friday join the team – Lewis, Duncan, Kim, Hat Films, Hannah and Martyn – as they go head to head to determine who are the Avengers and who are the Justice League (the rubbish ones) in a show hosted by Turps. The show will be a celebration of comic books, movies, cosplay and everything Yogscast.

Join The Yogscast for their most SUPER-POWER ACTION KAWAI live show yet at 8pm, Friday 27 May in ExCel London’s Platinum Suite. Get your tickets here!

An MCM London Comic Con ticket is not required to attend and will not grant you admission; this is a separate after-hours ticketed event.