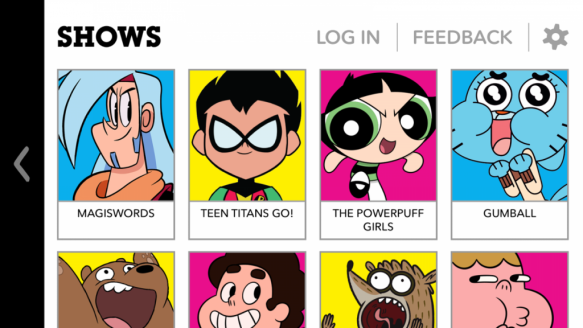 The app is free to download today via the Xbox Games Store.

Watch exclusive “See It First” premieres before they air, hilarious clips, customized video mixes and other exciting content. Fans are able to access Cartoon Network’s award-winning programming on Xbox One devices by logging in with their TV service provider user name and password.

Additionally, select episodes and bonus content are available on the app for fans to enjoy without authentication.

With over 20 million downloads, the Cartoon Network app is also available on iPhone, iPad and Apple TV through the App Store, as well as Android devices via Google Play.