Today lives changed for the team at development company Valca Entertainment as they were granted £10,000 as the winners of the Rapid 2D app development competition 2013. In this exciting competition entrants were tasked to develop Windows 8 apps but it was all about quality and quantity with developers entered into a draw with each game they produced. The winner was announced on www.rti.fm at 3.00pm adding kudos to this already life changing prize.

Myra Smallman, Director of Rapid 2D, said about the games engine “What we have tried to do with Rapid2D is to make it available to everyone and anyone who wants to make games. So, we have a free basic version on the Rapid2D website and very little coding knowledge is needed to be able to operate that. The novice that wants to be games designer can produce a game from the free version.”

On working in the mobile industry, Rik Alexander managing Director at AppCrowd, said “With a smaller company you can turn around apps a lot faster in the mobile market and it is a lot more enjoyable. You don’t need as many overheads and you don’t need as many people, you can be much more nimble as a team. A smaller team can communicate easier which means you make less mistakes.” 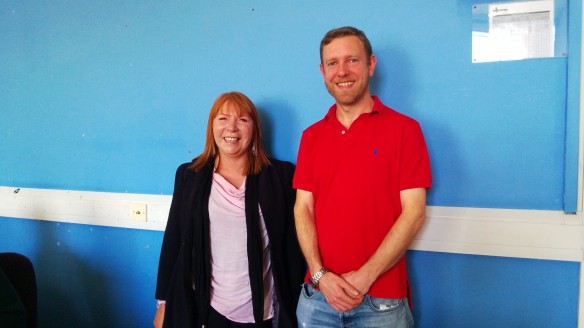