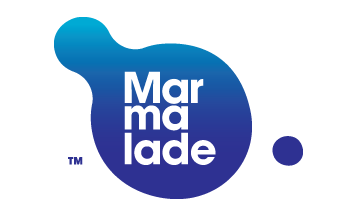 Cross-platform game development SDK  Marmalade Technologies Ltd announced today that all iOS game developers can now use the Marmalade SDK to bring their games to a market of over 1 billion additional devices worldwide.

Marmalade Juice, the new iOS to Android porting tool, will be included in all Marmalade licenses and from today, for a limited time, the annual Community license is free.

The full release of Marmalade Juice will be welcome news to millions of game developers who, until now, have taken a single platform approach, finding themselves locked into the iOS ecosystem and unable to maximize the wider market opportunity for their app. Now, using Marmalade Juice, developers have the ability to recompile their Objective-C code for Android, providing a clear and cost-effective route to stores including Google Play and the Amazon App Store. Once their games are compiled into Marmalade, developers have many of the benefits of working within the cross-platform SDK such as maintaining a single codebase and the option to target further platforms in the future.

Justin Ng, Engineering Manager, Storm8: “Working with Marmalade Juice has made the process of bringing games to Android almost invisible. The Marmalade toolset integrates well into our process and because everything is still developed in Xcode, there was a minimal learning curve. Using Marmalade Juice was incredibly easy and allowed us to focus on what we love – building hit games for our more than 50 million monthly active users”.

Harvey Elliott, CEO, Marmalade Technologies Ltd: “Adding Marmalade Juice to our powerful SDK means that at last developers have an easy way to extend from iOS to the now dominant Android market, using technology from a company that has grown up with mobile gaming. The release of Marmalade Juice underlines the long established aims of Marmalade in ensuring that operating across platforms can be a sustainable strategy for the developer and the industry as a whole.”

Marmalade Juice now comes included with all Marmalade SDK seats at no additional cost. To celebrate GDC 2014, Marmalade Community licenses will be free for a limited time, so all qualifying iOS developers can unlock their games to Android for free. Developers should use code: GDCFREE here: www.madewithmarmalade.com/free.