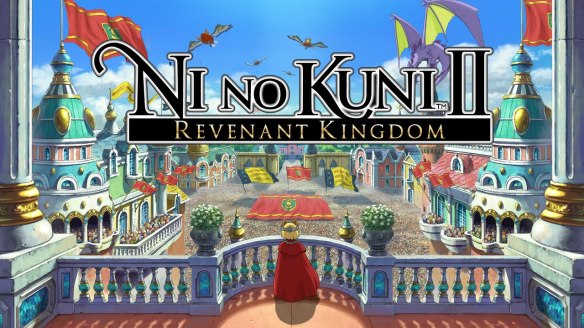 “With its emotional storytelling, innovative gameplay, and breathtaking aesthetics, the original  Ni no Kuni broke new ground in the RPG genre and became one of the most beloved and well-received games of 2013,” said Eric Hartness, Vice President of Marketing at BANDAI NAMCO Entertainment America Inc.

“With   Ni no Kuni II: REVENANT KINGDOM, the artistic visionaries behind the first game are back to take their creative vision of a grand adventure to even higher heights that are sure to delight video game fans.”

Ni no Kuni II: REVENANT KINGDOM  is rated “RP” for Rating Pending by the ESRB. The game will be coming to the Americas for the PlayStation®4 computer entertainment system.

You can enjoy the trailer below