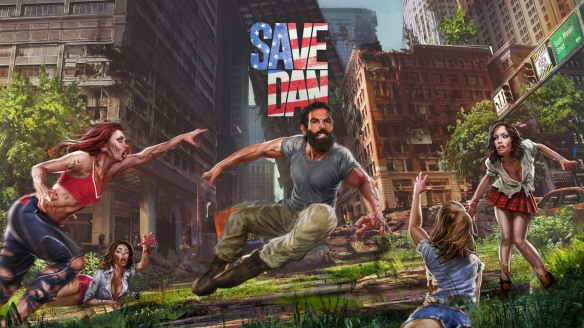 We would like to present to you SAVE DAN – THE OFFICIAL DAN BILZERIAN GAME, inspired by Dan’s unique lifestyle.

Bon vivan, millionaire and poker player Dan Bilzerian has been attacked in the cyber world by sexy zombies! These villains want him as much as the long-legged beauties in real life, but unlike the cuddly girls Dan is surrounded with at all times, these creatures are bloodthirsty. Only you can help him out! Avoid and gun down bloodthirsty zombies! Choose from an array of destructive weaponry and put them to use in locations throughout America! When you play Save Dan, the unbelievably funny and original free-to-play game for iOS and Android developed by Novasoft, you can expect to hold your breath for action packed moments!

Dan himself was involved in the development of the game. He gave very valuable advice on various weapon characteristics, as well as guidance on zombie modeling and animations.

“Originally the concept started out as a shooting app with a nice variety of weapons shooting inanimate targets in a variety of environments.  I suggested making it more interesting by having a variety of zombie chicks chasing me to rip my clothes off and “abuse” me.  The player’s objective is simply to save my ass!  It kinda took off from there with some cool additional features.”, said Dan commenting the launching of the game.

Your mission is to gun down these zombies before they get Dan, who has to activate signal beacons so you both get a chance to carry out the objective, which is to escape the zombie madness and survive. Time is of the essence, so you better watch out! If you fail to save him, the undead will throw themselves at him and tear him to pieces!