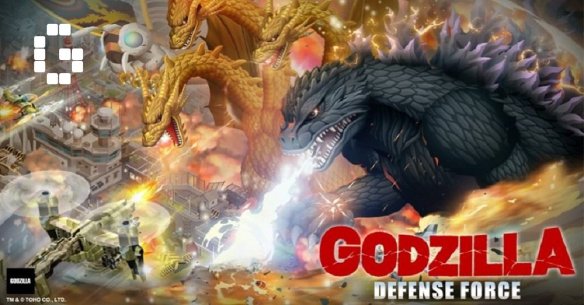 Godzilla Defense Force rampages onto mobile devices worldwide as the base management game now available as a free download on the App Store for iOS and on Google Play for Android devices.

Godzilla Defense Force will take fans through the history of the Toho’s Godzilla franchise, starting with the original 1954 film and on to the present day. Joining forces with powerful allies, such as MechaGodzilla, players will battle to save major cities like London and Tokyo and Sydney from monsters from across Godzilla’s lore.

Players will improve their ability to defend the world by building an increasingly powerful deck of Monster Cards by defeating world-threatening KAIJU, which can then be strategically used to give new skills and buffs to their decks. As players defend their city and tap their way to victory in each battle they will also add to their Codex, unlocking detailed descriptions of monsters alongside images from their respective movies. When they’re not defending cities, players can bolster their forces through lunar colonization.