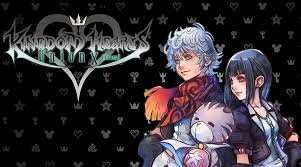 With over eight million players worldwide, KINGDOM HEARTS Union χ[Cross] players uncover story elements from the earliest parts of the series’ history, as well as from the highly-anticipated, upcoming KINGDOM HEARTS III.

Players can create their very own Keyblade wielder and adventure through Disney worlds with beautiful and stylized art, while interacting with a rich cast of memorable Disney characters.

Yesterday, Square Enix and Disney introduced a new collaboration event based on the hit Disney•Pixar film, Coco. From yesterday through July 31, 2018, Keyblade wielders can take part in a variety of in-game events, including:

More information about the collaboration is available on the @kh_ux_na Twitter page.

This game is available now as a free-to-play app (with in-app purchases) through the App Store® for iPhone® and on Google Play™ for Android® devices.