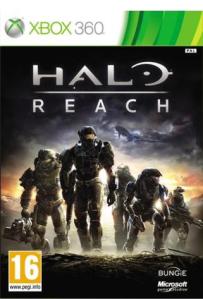 Halo: Reach has inevitably claimed the top spot in the GfK Chart-Track All Formats chart following a hugely successful first week on sale. Halo: Reach has given Microsoft their biggest ever launch week and the fifth biggest ever game launch in the UK.

The combined success of Halo: Reach and PlayStation Move Sports Champions has bumped 2K’s Mafia II down to third. The mob shooter had previously been top of the pile for three weeks following its release towards the end of August.

Toy Story 3 is once again a non-mover, remaining in fourth for the third week in a row, while Prince of Persia: The Forgotten Sands jumps four places up to fifth.  Prince of Persia has overtaken a fellow Ubisoft title on its way up the chart, passing Tom Clancy’s H.A.W.X 2 which drops from second to sixth.

R.U.S.E and Spider-Man: Shattered Dimensions both drop out of the top ten following their debuts.

So Train2Game, no one is surprised that Halo: Reach has dominated the chart right? Will it remain at Number 1 for the foreseeable future? Or do you think one of this weeks big new releases – Dead Rising 2, Formula 1 2010, or Civilization V – will mount a significant challenge to Halo: Reach?

You can leave your thoughts on the UK chart or Halo: Reach here on the new look Train2Game Blog, or on the Train2Game forum.