Here’s something that may especially be of interest to Train2Game students on the Games QA Tester course, the Open Beta period for T3 Entertainment’s MMO Hellgate has begun.

As Train2Game students will know, a Beta period not only acts as a good source of promotion for a game, it also allows users to essentially become QA Testers and report any bugs or problems they encounter.

The Hellgate Open Beta could therefore provide a Train2Game QA Tester with an opportunity to test their bug testing skills, while having some fun with a new game at the same time.

Hellgate is described as “an online, action RPG that allows you to play in a first-person or third-person perspective.”

Set in a near future where the gates of Hell have opened and Demons roam the earth, the game is based in London! Perhaps some Train2Game students would be interested in testing Hellgate purely for that reason.

Hellgate is a free-to-play MMO, and as reported by the Train2Game blog just yesterday, freemium games can become very profitable for developers and publishers.

So Train2Game, will you be joining the open beta? Do you see it as a good opportunity to test your abilities as a QA Tester?

Owen Jones is studying to become a Game Artist & Animator with Train2Game. Train2Game Radio caught up with him to find out why he chose to study with Train2Game, how he’s finding the course and what he wants to achieve in a career in the games industry.  Listen to the interview at http://audioboo.fm/train2game 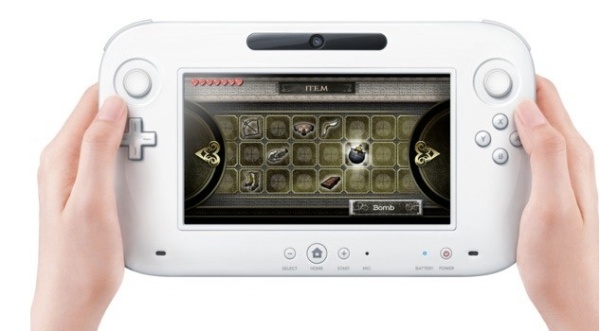 As reported by the Train2Game blog earlier this month, perhaps the biggest news from E3 was the reveal of Nintendo’s Wii U.

And in a Q&A session with shareholders, Nintendo president Satoru Iwata explained why he believed core gamers – a group many Train2Game students fall into – didn’t take to the Nintendo Wii.

“Wii was not accepted by core gamers because they did not want to abandon their preferred control approach” he said.

“Additionally, Wii did not use HD because HD cost performance at the time was low. Wii U makes it easier to use conventional controls. Also, the Wii U controller is not as big or heavy as it looks,” Iwata added.

Nintendo say that initial impressions from the video game press, themselves core gamers, have been very positive.

“Reactions directly from L.A. were extremely good. The reaction differed greatly between those who covered the product at the show and those who just covered it online. In other words, the point is how Nintendo can convey the value of the product,” Iwata explained.

And as reported by the Train2Game blog earlier this month, EA boss John Riccitiello believes the future of the games industry is here. Indeed, he made a personal appearance during the Nintendo E3 Wii Upresentation.

So Train2Game, do you believe the Wii U can bring core gamers back to Nintendo? Will you buy one? And would you like to develop for the console in future?

Postal Panic was produced by Train2Game student team Horizon Studios  in just 11 days as part of the Train2Game Christmas competition 2010.

The game is free to download for its first three weeks of release, and then the price will rise to 59p. Half of the revenue from Postal Panic will be going to the Prince’s Trust charity.

Postal Panic is the fun postcode delivering game developed by Train2Game students. Your job is simple; deliver the parcels to the postcodes as quickly as you can.

As the Parcels come down the conveyor belt, you need to deliver them to the postcode displayed on the Postal Scanner 7000; you need to do this before they hit the bottom, as this will damage the parcels and Postal Paul will get fined. Too many fines and you’re in for the sack!

• Single or Multiplayer with up to 4 players

For updates on Postal Panic head to the official website at http://postalpanic.horizonstudios.co.uk/

Postal Panic can be downloaded now from the iTunes app store. The Postal Panic trailer can be seen on the Train2game Youtube channel.

So Train2Game, will you be downloading Postal Panic?

This is the first in a series of Train2Game student work placement diaries Johnny will be writing during his placement. Read it below or on the official Train2Game industry experience diaries website.

You can also watch Johnny’s first video diary here on the Train2Game blog.

Regular Train2Game blog readers will be highly aware of the success of indie game Minecraft, as well as its huge following among Train2Game forum users.

Some of them have been there since they purchased Minecraft when it was in Alpha, or in its current Beta form, and Mojang have revealed that their next game, Scrolls, will follow the same pattern.

“With our new game, Scrolls, we’ll follow the same formula as Minecraft,” said Mojang’s Daniel Kaplan while speaking at GameLab in Barcelona.  “That means we’ll release the game very early, at the minimal playable state.”

That means people will pay for it, play it, and give feedback from a very early stage, in essence, almost asking like a QA Tester. Kaplan also revealed that Scrolls has a five person development team.

“That sounds like a small team, but it’s very big for us. One thing that means is we’re going to have to outsource art,” he added.

As reported by the Train2Game blog earlier this month, Minecraft for the Xbox 360 IS being developed by Dundee based 4J Studios, and Kaplan says it’ll be quite different to the PC version.

“I don’t think we can have the exact same experience because of the lack of a keyboard, so we’re going to do a complete overhaul of the user interface, and make sure it works on a 360 controller.”

Kaplan also commented on the prospect of Mojang publishing games by other indie studios, something the Train2Game blog revealed the developer was thinking of last month.

“We’re looking for people with a similar structure [to Mojang],” he said. “People who are very passionate about what they’re doing. We’re also looking for games that last longer, and treat games as a service, like Minecraft does.”

“And of course, [they need to have] passion,” he added. “A lot of people join the game industry because of passion, but you should also learn that that’s what it takes to stay there.”

That last statement could describe many Train2Game students who are very passionate about finding work in the games industry.

So Train2Game, what do you think of Scrolls release structure? Will it mirror the success of Minecraft? And will you be jumping in straight away?

As something that Train2Game students may get involved with in future, it’s interesting that Free-to-play games can be as profitable as regular console games. That’s according to EA Games label head Frank Gibeau

“We’re aggressively investing in things that are very low cost like free-to-play,” said. “The free-to-play group inside of EA Games is growing extremely fast – we’ve got 17 million users.” He told GamesIndustry.biz.

“Frankly when they get to scale, have huge audiences, are very profitable, they’re not cannibalizing the main games and they actually reach markets that we’re not currently serving. With Need for Speed World, Russia and Brazil are number one and two – the Ukraine is in there too. I can’t sell packaged goods in those territories.”

The free to play Need for Speed World now has over 5 million registered users, with Micro-transactions providing the game’s income.

“But I’m reaching an audience with Need for Speed content. It’s an engine that’s not as advanced as Frostbite 2 but it’s certainly got great production values and great game designs, and it’s free-to-play with micro-transactions. It’s a very exciting time from our perspective because it’s not all about consoles. It’s about smartphones, tablets, free-to-play, browser, social,” added Gibeau.

The free-to-play model has already established itself as a successful mode for social media titles, as reported by the Train2Game blog earlier this week.

So Train2Game, do you think it’s possible for free-to-play titles to become as profitable as console games? Is it a development model you’d consider pursuing?

Train2Game Game Design student Chris Robinson spent 8 weeks on a work placement at DR Studios. Before he left, Train2Game Radio caught up with him to find how he found the placement and whichs kills learned through Train2Game he’s used at DR Studios. The interview is available to listen to at www.audioboo.fm/train2game while the full transcript is below.

Disclaimer: views expressed in the video are those of the person expressing them, and not of Train2Game or DR Studios.