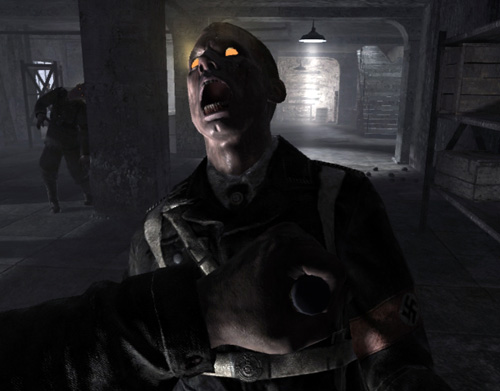 The Call of Duty multiplayer zombie mode first appeared in Treyarch’s 2008 title, Call of Duty: World at War. The zombie mode has proven so popular, that the developer will also be including it in upcoming release, Call of Duty: Black Ops’. The mode will once again allow up to four players to team up and fight the zombie apocalypse.

Zombies have been such a hit with our community that we were committed to bringing brand new zombie experiences to Call of Duty: Black Ops,” says Treyarch Studio Head, Mark Lamia.

“We’ve taken extra special care to retain the essential ingredients of our Zombie game, and have also crafted a nice surprise for the fans.”

The inclusion of zombies in Call of Duty Black: Black Ops’ follows the announcement that four updated co-op maps from Call of Duty: World at War will be made available as part of the Call of Duty: Black Ops Prestige and Hardened Editions.

Call of Duty: Black Ops’ is released worldwide on Xbox 360, PlayStation 3 and PC on November 9th.

Train2Game will be at Eurogamer, and we’ll be giving away the new PlayStation Move controller with a PlayStation 3 320GB slim.

To enter the prize draw, pick up an entry form at Stand 12 in the Career fair. We look forward to seeing you there.

You can leave your thoughts on Call of Duty: Black Ops’ or its zombie mode, here or on the Train2Game forum.