Train2Game Game Designers have a chance to win an Apple iPod touch 8GB – 4th Generation, plus a Logitech Pure-Fi Express Plus iPod/iPhone speaker dock in the newest Train2Game competition.

We will need you to go to Student World to read the Terms and Conditions, they can be found in the ‘classroom section’.

The competition is to create the story and mechanics of an in-game character that is ‘extensible.’

Extensibility is a design principle where the implementation takes into consideration future growth. It is a systemic measure of the ability to extend a system (in this case, a character) and the level of effort required to implement the extension.

Extensions can be through the addition of new functionality or through modification of existing functionality. The central theme is to provide for change and evolution.

For full details about the rules and how to enter, see the competition thread on the Train2Game forum.

Train2Game are pleased to announce the winners of Codebox #1, a competition for those on the Train2Game Game Development course.

All entrants can now talk about the competition, now known as Code Marmelade, on the Train2Game forum.

Thanks to everyone for taking part, and be sure to look out for more competitions in future.

Train2Game students who like to collect boxed games may find this a little hard to take, but the future of games consoles won’t involve discs.

That’s according to THQ CEO Brian Farrell who made the prediction during his keynote presentation at Cloud Gaming USA.

In addition to allowing more people to play games, the THQ CEO believes that any future consoles with no disc drive will generate more revenue for game developers.

“No physical goods cost for game makers. No inventory, no markdowns, and all the money spent by the consumer would go to the developer or publisher.” said Farrell.

“Our games are always on and our players are always connected….We have the opportunity to interact with players in new ways that can be reactive to their desires, play habits, and buying habits.”

“The box, ship and done model is transitioning to: observe, measure, and modify, a games as a service model where direct consumer feedback allows the ability to operate in this always on, always connected environment.” he told Cloud Gaming USA.

Train2Game students will have the opportunity to try out cloud gaming for themselves at the upcoming Eurogamer Expo. As previously reported by the Train2Game blog, OnLive will be at the event and Train2Game students could get their hands on a free OnLive system to take home.

Of course, Train2Game will be highly visible at the Eurogamer Expo too, and are giving Train2Game students the opportunity to win an iPad 2 complete with an i OS developer account.

So Train2Game, what do you make of Farrell’s predictions? Do you think there will be consoles that don’t use discs in future? Is cloud gaming the way forward? 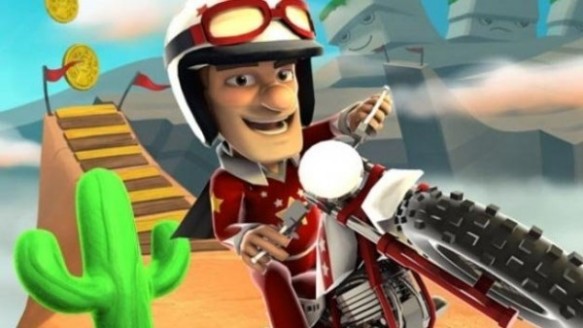 Speaking at the Evolve in London conference, Murray said:

“Some game developers, they don’t play their own games, they don’t feel it’s an expression of themselves think that’s very sad.”

“I think some of the gameplay mechanics that are in the social gaming space are more indicative of that, there are certain pyramid scheme elements to the game design that I don’t think anyone who just wanted to make a game that they themselves would play would ever put that in.”

During his talk, the Hello Games boss showed videos of Joe Danger developers laughing and having fun while playtesting the game.  He said that “If you’re having no fun making your game then you’re in trouble,” We’d therefore very much like to think that Train2Game students are having fun when they’re developing games!

Murray also spoke about how motion controllers saying that they’re great in theory, but “”inaccurate motion control actually reduces interactivity and that’s harmful” He then showed the video of someone ‘playing’ Kinect Joyride and coming third despite not moving at all during the race.

“It’s such as shame, it’s such a lost opportunity. It is actually a good game, but there’s a danger of making games too casual and removing interactivity, and you see that sometimes. I think even the casual gamer doesn’t want to just have reward.” He said.

Train2Game have a great opportunity to be enthusiastic about producing games through entering the Train2Game Christmas Competition. The winners will see their game published during 2011!

So Train2Game, what are your thoughts on Sean Murray’s comments?  Do you think he’s right about social games? And how enthusiastic are you about your Train2Game projects?