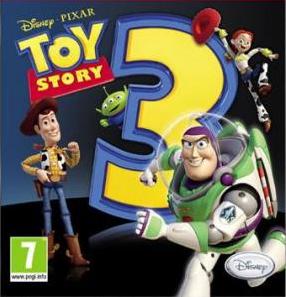 The toys are still in town

Toy Story 3 is once again top of the UK All Formats chart. It’s the third week at number one for the movie tie in, which is more than any other previous Disney game. Toy Story 3 is one of only four titles that have been number one this year with Red Dead Redemption, 2010 FIFA World Cup South Africa and Just Dance being the others.

In fact, Rockstars hugely successful western Red Dead Redemption got close to claiming the number one spot once more after rising from fifth to second, while Dance on Broadway is still going strong in third.

Lego Harry Potter: Years 1-4 shows it still has some magic left with its rise from fourth to eighth. The biggest riser of the week is Nintendo DS game Art Academy which jumps twenty three places from twenty eighth to fifth place in its second week in the charts.

Just Dance still remains in the top 10 and holds onto sixth place this week while Dragon Quest IX: Sentinels Starry Skies is also a non-mover in seventh.  Call of Duty: Modern Warfare 2 hasn’t quite become the UK’s best ever selling game just yet after a drop in sales sees it move down to eighth from last weeks second.

Super Mario Galaxy 2 remains in ninth place while there’s just one new entry into the top ten this week with Madden NFL 11 sneaking into tenth in its first week.

Meanwhile, Starcraft II: Wings of Liberty has crashed out of the top ten from fourth place last week to twelfth this time around. Battlefield: Bad Company 2 has also slipped out of the top ten, dropping one place to eleventh. By far the biggest loser in the top forty is Crackdown 2 which drops fifteen places from twenty fifth to fortieth. Crackdown 2 held the top spot for two weeks as recently as one month ago!

The full ELSPA GfK Chart-Track All Formats top then is as follows:

So Train2Game, how long will Toy Story 3 remain top of the pile? What game to you think will knock it off top spot?

Has Starcraft II: Wings of Liberty dropped out of the top ten for good, or will it return? Will Modern Warfare 2 finally become the UK’s best selling game of all-time next week? And why has Crackdown 2 suffered such a fall from grace? 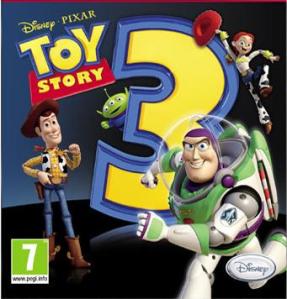 Toy Story 3 has reclaimed top spot in the GFK Chart Track All formats chart in its forth week of release. It’s the second time the Disney title has been number one, dislodging last week’s top title Starcraft II: Wings of Liberty which drops down to forth following a very successful release.

Call of Duty: Modern Warfare 2 makes a surprising jump from eighth to second place to achieve its highest chart position since January. The FPS looks set to replace DS title ‘Dr Kawashima’ as the UK’s biggest seller and this could happen next week.

Ubisoft’s Dance on Broadway raises one place to third while Rockstar’s Red Dead Redemption drops to fifth – its lowest ever position after 12 weeks in the all-formats chart.

Meanwhile the magic of Lego Harry Potter: Years 1-4 seems to be wearing off with the Warner Brothers title dropping three places from fifth to eighth position. Super Mario Galaxy 2 and Battlefield: Bad Company 2 round out the top ten in the same positions they occupied last week.

There were no new entries into the top ten this week with only two new releases – Art Academy and Hidden Mysteries: Titanic – entering the top 40 in 28th and 32nd. The full top 10 is below:

So Train2Game, what do you think about the latest charts? Why do you think Modern Warfare 2 still remains so popular? Will Starcraft II suffer a drop like Crackdown 2 (Now in 25th) has previously? Or do you think Red Dead Redemption will be the next to fall?

Starcraft II: Wings of Liberty has launched to top spot of the UK software charts in its debut week. Blizzard’s sequel has been one of the most anticipated PC releases of the year, with hundreds of fans queuing up to be among the first to play the RTS on the early hours of Tuesday morning. Starcraft II has topped the charts through boxed releases alone, and while the long awaited Sci-fi sequel is likely to also have successfully sold in digital form, these downloads are not tracked by Chart-Track.

The Blizzard RTS has bumps Toy Story 3 down to second place, with Rockstar’s Red Dead Redemption still strongly rounding up sales despite dropping to third.  Dance on Broadway and Lego Harry Potter: Years 1-4 move down one place each to forth and fifth.

FPS rivals Call of Duty: Modern Warfare 2 and Battlefield: Bad Company 2 both re-enter the top ten, climbing from eleventh to eight and twelfth to tenth respectively. Meanwhile Super Mario Galaxy two remains in the top ten, but has dropped from sixth to ninth.

Crackdown 2 has crashed out of the top ten, dropping from tenth to eighteenth, despite holding first place as recently as two weeks ago.

The full top ten for the week ending July 31st is as follows:

So, Train2Game students, will Starcraft II hold onto first place?  Why does Modern Warfare 2 continue to be so popular? And why do you think Crackdown 2 has seen such an undignified drop?

Microsoft and Sony, I haven’t mentioned Nintendo? ‘Why?’ I hear you ask? But fear not, Train2Game hasn’t ignored you Nintendo fans, in fact my most excellent colleague Gabe has written a comprehensive round up of every Nintendo announcement on his own blog. Good ay?

As usual you can leave a comment – on his blog this time – or discuss it on the Train2Game Forum.