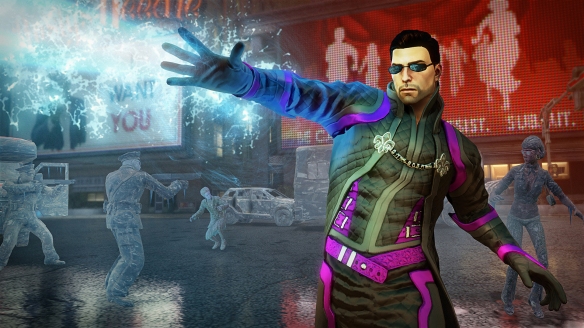 Saints row IV hasn’t been knocked off the top spot for another week with the highest new entry being Final Fantasy XIV: A Realm Reborn which comes in at number three, just behind Splinter Cell: Blacklist. The other new entries this week are Rayman Legends at number six and Madden NFL twenty five at number seven.

Leisure software charts compiled by Chart Track, (C)2013 UKIE LtdThese charts cannot be reproduced either in print or online without obtaining permission from Ukie. If you wish to reproduce the charts in print or online, please contact david.smith@ukie.org.uk for the appropriate license.

F1 2010 has taken pole position in the GFK Chart-Track chart in its first week on sale, knocking Halo: Reach down to second place.

In an extremely impressive debut week, F1 2010 outsold second place Halo: Reach and third place Dead Rising 2 combined. The result makes F1 2010 the first Formula 1 game to top the charts for almost ten years when F1 2001 took the title. F1 2010 has sold more than ten times the Formula 1 game from 2001. Codemasters are sure to be popping open the champagne.

Microsoft’s Halo: Reach sees an 80% drop in sales from its hugely successful debut week and drops down to second position. The multiplatform Dead Rising 2 enters the chart in third, while the PC only Civilization V impressively makes its debut in fourth.

Mafia II and Toy Story 3 are the biggest losers inside the top ten, with both of the past chart toppers dropping five places each down to eighth and ninth respectively.  The Collector’s Edition of online only Final Fantasy XIV takes tenth spot, with the standard edition set to be released in the coming week.

Red Dead Redemption drops from tenth to thirteenth, marking the first time Rockstars’ western has been outside the top ten since its release in May.  Tiger Woods PGA Tour 11, Just Dance and Kane & Lynch 2: Dogs also all drop out of the top ten.

The full GFK-Chart Track top ten for the week ending September 25th 2010 is as follows:

If you’ve yet to try F1 2010 , you’ll be able to see it for yourself as the game will be playable at the Eurogamer Expo at Earls Court, London  this weekend.

Train2Game will be giving away the new PlayStation Move controller with a PlayStation 3 320GB slim at Eurogamer 2010.

To enter the prize draw, pick up a entry form at Stand 12 in the Career fair. We look forward to seeing you there.

So Train2Game, is it surprising to see F1 2010 knock Halo: Reach off the top step after only one week? Will Codemasters’ F1 2010 suffer a similar fate when FIFA 11 is release at the end of this week? And how do you think the other entries will fare?