Activision Publishing, Inc., a wholly owned subsidiary of Activision Blizzard, Inc., announced that the company sold more than $1 billion of Call of Duty: Ghosts into shops worldwide as of day one.

“Call of Duty is by far the largest console franchise of this generation,” said Bobby Kotick, CEO of Activision Blizzard. “More people have played Call of Duty this year than ever before, logging four billion hours of gameplay. And in the last 12 months, Call of Duty: Black Ops II, including its digital content, generated more revenues than any other console game ever has in a single year. Although it is too early to assess sell-through for Call of Duty: Ghosts, it’s launching at a time when the franchise has never been more popular.”

Millions of people are already playing Call of Duty: Ghosts online. Since its release yesterday, Call of Duty: Ghosts has moved to the number one spot as the most played game on Xbox Live, according to Microsoft. Additionally, Activision confirmed that on the Xbox 360 videogames and entertainment system from Microsoft, average player sessions for Ghosts have been longer than either Black Ops II or Call of Duty: Modern Warfare 3, during the same time period.

Call of Duty: Ghosts launched at fifteen thousand midnight openings around the world. Fans around the world shared their excitement in social media, with Call of Duty-related terms trending an astounding 20 times globally on Twitter in the last 24 hours.

“Ghosts is an amazing game which ushers in the next generation of Call of Duty. The team at Infinity Ward has delivered yet another epic thrill ride in the campaign, and what I think is our best multiplayer game yet,” said Eric Hirshberg, CEO of Activision Publishing. “This is the must have launch title for the next generation of consoles, and we expect Call of Duty: Ghosts to be the most successful launch title for the Xbox One and PS4 by a wide margin. In fact, according to GameStop, Call of Duty: Ghosts is their most pre-reserved next gen title.” 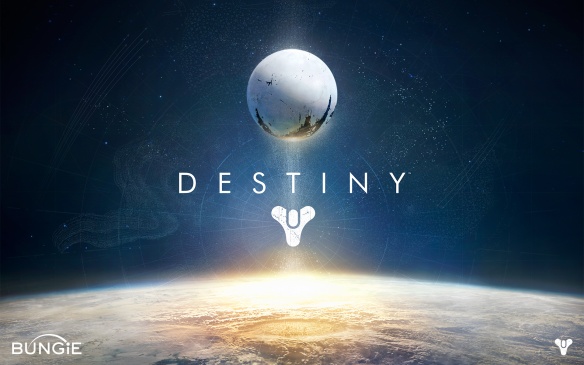 You can be among the first to blaze a trail through the wild frontiers of Destiny, the next evolution of entertainment from the creators of Halo.

Activision Publishing and Bungie today announced that fans who pre-order the game at participating retailers worldwide will get early access to the Destiny Beta, which will include a diverse sampling of major activities featured in the full game. The Beta will begin in early 2014 on the PlayStation 4, PlayStation 3, Xbox One and Xbox 360.

To celebrate the announcement, Activision and Bungie have released a new trailer entitled “The Moon,” featuring a highlighted destination in the game and the Hive, one of the four enemy races featured in Destiny.

“We have no doubt Destiny is not only a great action game but also the next great entertainment property,” said Eric Hirshberg, CEO of Activision Publishing. “That means we’re putting all our creative support and all our expertise in creating blockbuster franchises into a colossal Destiny Beta that we believe will set a new bar for the next generation of games. Fans have a lot to look forward to in 2014.”

“Destiny is the most ambitious game we have ever made and it’s our chance to transform the way you experience a new Bungie universe,” said Harold Ryan, Bungie president. “From day one Destiny has been an incredibly bold vision that Activision shares with Bungie. Destiny is a massive universe that is populated by the players and for that reason we need fans to get their hands on the game, fans all around the world. We can’t wait!”

Destiny Beta Redemption Codes are only available while supplies last. Upon pre-ordering the game at a participating retailer, fans can visit http://bungie.net/beta and follow the instructions on the page to secure their spot in the Beta.

You can view the new trailer below: