Train2Game students with an Xbox360 will be happy to hear that they have a great game sale this month!

On Xbox360 today you can pick up Borderlands 2, Assassin’s Creed 3, Far Cry 3 and Max Payne 3 for just £8.99 each which is incredible value for some of the last years biggest games. There’s a range of offers which last all week too including Bulletstorm, Crysis and the first Mass Effect.

Some of the games offered over the week are as follows:

This month will also see a new free game offered by Microsoft in there lead up to the launch of the Xbox One. If you are an Xbox Gold member, you can pick up XBLA tower defence game, Defence Grid: The Awakening for free instead of its normal 800msp price tag, saving yourself £6.80.

Offers will change every day in the sale over the next week so make sure you keep checking back to see what is on offer, you could pick up that game you’ve been wanting for a low, low price.

What some thought to have been an April Fools joke has now been confirmed as reality. Far Cry 3: Blood Dragon is being released next month.

The game is set in a dystopian 2007 and Ubisoft describes the game as “an ’80s VHS vision of the future where you must get the girl, kill the baddies, and save the world”. The game will star Terminator and Aliens actor Michael Biehn who will likely voice the game’s eye-patched protagonist Sargent Rex Colt, whose mission it is to defeat a rogue cyborg army.

The title is set to be a stand alone title, you will not need Far Cry 3 to play the game. It is set to be released on Xbox Live Arcade, PC and PSN on May 1 according to previous leaks.

In addition Melbourne electronic music duo Power Glove has posted a series of new tracks that claim to be the Far Cry 3: Blood Dragon official soundtrack.

Far Cry 3’s lead writer Jeffrey Yohalem said earlier this year “I’m working on something now that will be surprising, I think, when it’s announced, but it definitely is a ‘strike while the iron’s hot’ thing, and we’ll see.”

You can enjoy a teaser trailer below, ready for the games imminent release:

You can find out more about the game by going to www.fc3blooddragon.com

Over the Christmas break Call of Duty: Black Ops 2 was knocked off of the top spot by Far Cry 3 with Fifa 13 taking number two but now it has shifted again. Fifa 13 is the number one game with Far Cry 3 at number 2.

Far Cry 3 enters the charts at number 2 this week not able to topple Call Of Duty from its throne. The other new entries this week are Wii U titles. Nintendoland, the Wii U’s mini game compilation comes in at number 11 where as the more adult, survival horror, Zombi U shuffles in to the charts at 17. 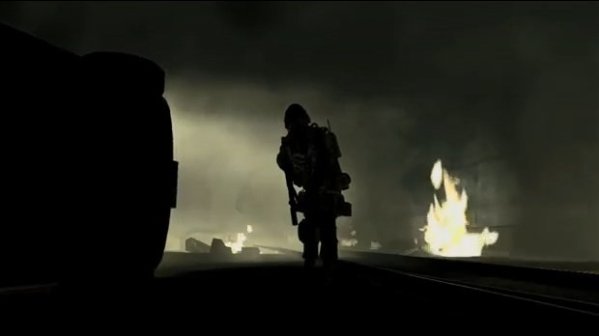 Train2Game students are avid games and many will be looking forward upcoming sequels such as Call of Duty: Modern Warfare 3. However, the rushed yearly release schedule of huge titles such as the Call of Duty series may be negative for the industry.

That’s the view of LucasArt Creative Director Clint Hocking who believes that not only will audiences become bored, but making sequels isn’t good for individual game developers either.

“You may sell lots of copies of two or three sequels,” he wrote on the subject of sequels in Edge.

“But you will bore the audience very quickly and will have likely already spent all your money on the fourth sequel before realizing the audience is tired of the game and won’t buy it at all.”

Hocking also argues that churning out sequel after sequel isn’t good for game developers as limits their ability to be creative. While producing more of the same may lead to a successful game, it can come at the expense of the developers creativity.

“It might generate easy revenue” he said of sequels “But the long-term costs to the creative well-being of our workforce and the risk it places on our pipeline and workflow development, and on the skills we nurture and develop and will then need to leverage in making future games and (hopefully) new brands and franchises, should not be underestimated,”

Hocking previously worked on Far Cry 2. An interview with the Narrative Designer of its upcoming, er, sequel, Jason Vandenberghe, is available to read here on the Train2Game blog.

Creativity still exists in the games industry of course, and as the Train2Game blog recently reported, Ninja Theory believe the rise of digital distribution means that creativity will only increase.

Meanwhile, Call of Duty: Modern Warfare 3 still contains the potential for creativity, as community produced multiplayer modes could make their way into the official game.

So Train2Game, what are your thoughts on Hocking’s comments? Is developing sequels on a yearly basis boring for gamers and bad for developer creativity?

Train2Game was at Gamescom in Cologne, Germany from 17th August to 21st August. While there, we spoke with Far Cry 3 Narrative Director Jason Vandenberghe.

In an in-depth interview, he discussed what his role involves, the game design process behind an open world title, creating believable characters and much more.

He also reveals how he got into the games industry and gives Train2Game students advice on how to follow in his footsteps.

Read the interview below here on the Train2Game blog, or listen via Train2Game Radio.

The use of actors and performance capture is the future of game design. That’s according to Far Cry 3 Narrative Director Jason Vandenberghe, who argues that it improves games making characters more believable, something he believes the industry needs to do more of.

It could be a technology that Train2Game students could use in their future careers.

“I think we’ve been putting up with poor performances and poor writing for too long in the industry” Vandenberghe told Train2Game in a soon to be published interview.

“We have examples of that, there have been great characters in gaming and we should continue with that, we should expect that” said Vandenberghe.

“I believe that now that the technology for performance capture is becoming more and more available, and we’re learning more about it, I expect the quality bar to rise and I hope you guys (gamers) should be demanding better characters out of your games.”

“What I’m trying to do with this game is raise the audiences’ expectations” he added.

Stay tuned to the Train2Game blog for the full interview with Far Cry 3 Narrative Director Jason Vandenberghe. The title from Ubisoft is set for release next year.

Other games that use motion capture include L.A. Noire and its impressive facial animations, and the Uncharted series which takes input of actors very seriously.

And last month the Train2Game blog reported that Assassin’s Creed: Revelations will also use motion technology.

So Train2Game, is Vandenberg right? Is performance capture and the user of actors the future of the industry? Will it help game designers produce better games?