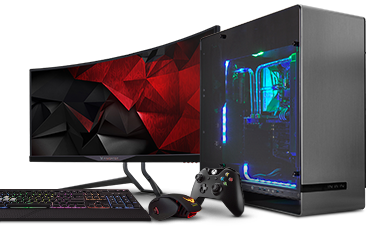 Growing at a blistering 42% CAGR, eSports influenced PC Hardware purchases will reach over $2.2 billion in annual sales by 2020.

Ted Pollak, JPR Senior Video Game Industry Analyst said, “Much of the current eSports research focuses on advertising and event revenue as well as game sales influenced by eSports tournament creation or adoption. Often overlooked is the fact that eSports is increasing hardware revenue in multiple ways. The first and most important factor is that eSports is minting new customers. Their initial system and peripheral purchases often measure over a thousand dollars. Additionally, hardware marketing via team sponsorships are encouraging new and existing gamers to select better parts and accelerate upgrades and rebuilds which also enhances the market.”

From high refresh/resolution displays, to mice and keyboards, to headsets and entire systems, the eSports influenced PC Gaming Hardware market comes in many forms.

Jon Peddie, President of JPR noted, “Our analysis not only measures eSports influence across hardware segments, but it drills down to pricing tiers within each segment and does this for all major geographic regions globally. If one adds our data to even the most conservative advertising, software, and event revenue, the market has already breached $1.5 billion. eSports is about and for the gaming community, not just who’s selling ads, or running conferences.”