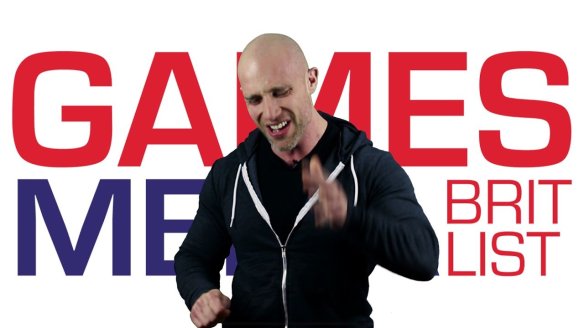 Simon Miller will once again be laying the smackdown as host of the second annual Games Media Brit List awards.

That’s right people, the games media legend, host of The Miller Report, pro wrestler and all-around badass will be keeping order at what will be the best night of the year if you work in, around or with the UK’s games media.

The Games Media Brit List will once again celebrate the very best in games writing and broadcasting on Thursday, May 16th 2019 at London’s Rix Mix.

Miller said: “It’s a pleasure to host the second-ever Games Media Brit List, especially as there was that one Tweet which said it would never last that long. Just goes to show you can never truly rely on social media.

“I do look forward to seeing the industry’s best (and Chris Bratt) gathered in one place, though, to give much-deserved credit to all those who work so hard and show so much passion for games. You’re only as young as you feel! That doesn’t really tie in. I just thought it would be a nice way to end a quote…”

The Games Media Brit List awards provide a showcase of UK games media talent and will highlight achievements from the previous 12 months – whether for excellent reporting, influencer reach, or creative ingenuity.

The nominations period closes on Friday, February 28th – for a full list of categories and to nominate click here: https://www.gamesmediabritlist.com/enter-the-awards

As well as the awards themselves, the Games Media Brit List will once again bring together the games media community and the wider industry for an evening of entertainment and networking in the buildup to E3, the global industry’s leading trade event in LA.

And for finalists, the Games Media Brit List will once again be completely free to attend.