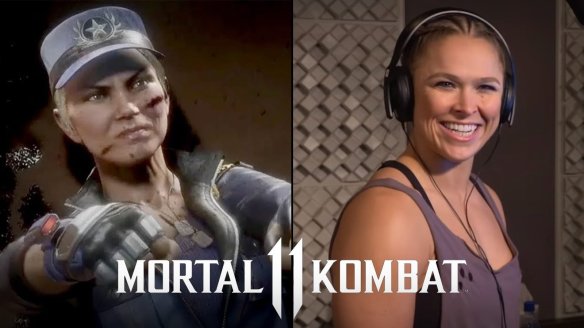 Warner Bros. Interactive Entertainment revealed the first look at Mortal Kombat 11 with a showcase of crushing new gameplay, original and returning fighters, immersive story elements and innovative features that offer a more personalized experience than ever before.

Livestreamed to a global audience, the experiential, community celebration featured multiple reveals, including an appearance by UFC champion, Olympic medalist and WWE superstar, Ronda Rousey, who was announced as the voice of Sonya Blade.

“I’ve been a lifelong Mortal Kombat fan, and Sonya Blade was the first kick-ass, female video game character that I related to,” said Ronda Rousey. “Now I get to voice her in Mortal Kombat 11. It’s a dream come true to be a part of the Mortal Kombat franchise that I grew up playing.

“We’re thrilled to showcase Mortal Kombat 11 and reveal the gameplay, new features and epic characters to the fans,” said Ed Boon, Creative Director, NetherRealm Studios. “We have an amazing community, and it’s an honor to share this celebration of the Mortal Kombat franchise with all of our passionate fans around the world.”

Mortal Kombat 11 is the latest installment in the critically-acclaimed franchise, developed by award-winning NetherRealm Studios, and is scheduled for release beginning April 23, 2019 for PlayStation®4 computer entertainment system, PlayStation®4 Pro computer entertainment system, the Xbox One family of devices including the Xbox One X, Nintendo Switch™ system and PC.

Mortal Kombat 11 is available for pre-order now; visit www.mortalkombat.com for more information. Pre-orders will receive the in-game, playable character, Shao Kahn. Those who pre-order on PlayStation 4, PlayStation 4 Pro, Xbox One or Xbox One X at select retailers, will also receive access to the beta, which will be available on March 28, 2019 for those platforms. 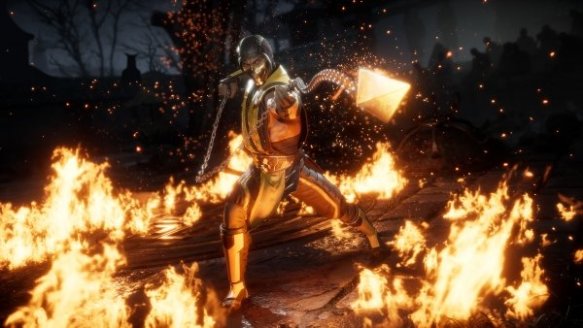 The official Mortal Kombat 11 Announce Trailer sets the stage for an epic, time bending story and features an original music track created in collaboration with multi-platinum selling rapper 21 Savage. Mortal Kombat 11 is developed by award-winning NetherRealm Studios and is scheduled for release beginning April 23, 2019 for PlayStation®4 computer entertainment system, PlayStation®4 Pro computer entertainment system, the Xbox One family of devices including the Xbox One X, Nintendo Switch™ system and PC.

The song by 21 Savage featured in the trailer is titled “Immortal” and overlays scenes of an epic battle between two iconic characters, Dark Raiden and Scorpion, with a tease of a new character who is at the center of Mortal Kombat 11’s story.

Mortal Kombat 11 will make its first gameplay debut at Mortal Kombat 11: The Reveal, a highly experiential, community celebration of Mortal Kombat, taking place at 11 a.m. PST on Jan. 17, 2019 in Los Angeles and 7 p.m. UTC in London.

Mortal Kombat 11: The Reveal will be livestreamed globally at www.twitch.tv/NetherRealm and will feature a keynote presented by NetherRealm Studios. The event will also include the first opportunity for hands-on with Mortal Kombat 11 gameplay, tournaments and other Mortal Kombat themed activities.

Mortal Kombat 11 deepens and personalizes the experience unlike ever before with an all new Custom Character Variation System that gives players the creative control of building customized versions of the character roster. In addition, the game will introduce a new cinematic story that continues the epic saga that is more than 25 years in the making.

“By giving players more creative control, Mortal Kombat 11 is a testament to why this iconic franchise is so strong and increasingly relevant after more than 25 years,” said David Haddad, President, Warner Bros. Interactive Entertainment. “This game showcases NetherRealm Studios’ extensive talent to innovate and create epic experiences for the Mortal Kombat fans and new players alike.”

“It’s exciting to finally announce Mortal Kombat 11 and showcase what the team has been working on,” said Ed Boon, Creative Director, NetherRealm Studios. “Our Custom Character Variation System opens up an infinite amount of options for players to personalize their favorite fighters. We can’t wait until January when we’ll be showing more of the game.”

All pre-orders will receive the in-game, playable character, ‘Shao Kahn’. Those who pre-order on PlayStation®4 and Xbox One, at select retailers, will also receive access to the beta, which will be available in March for those platforms.