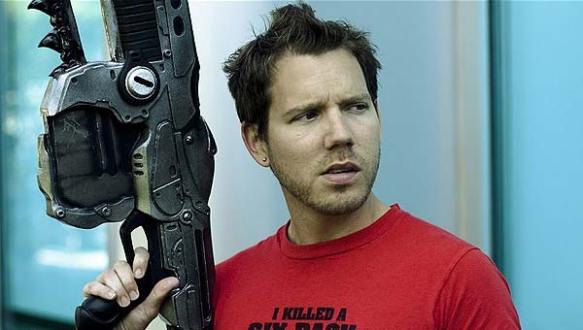 Cliff Bleszinski says the public reaction to the Sony and Microsoft press conferences at E3 are premature, arguing that the former was simply playing a PR game.

Many who watched the show claimed that Sony had “won” E3 due to its declaration that the PlayStation 4 would not have any restrictions on used games.

Bleszinski not only doubts that Sony doesn’t have some anti-used tricks tucked away, but says the used game market is undermining the $60 triple-A model.

“I’d bet Sony has some similar stuff up their sleeves they’re just playing on the internet outrage for free PR,” said Bleszinski over Twitter.

“You cannot have game and marketing budgets this high while also having used and rental games existing. The numbers do NOT work people.”

Bleszinski started his career at Epic Games, where he rose through the ranks to become one of the industry’s most recognisable faces and as the creator of Gears of War, Bleszinski knows the cost of modern triple-A games are astronomical.

“The visual fidelity and feature sets we expect from games now come with sky high costs,” he explained.

“Assassin’s Creed games are made by thousands of devs.”

According to Bleszinski, this means consumers should be prepared for more than just the death of used games, but should expect physical media to be replaced by new distribution and business models.

“This is why you’re seeing free-to-play and microtransactions everywhere,” he concluded.

“The disc based day one $60 model is crumbling.”