Immersive in-game advertising, where non-interruptive brands ads are seamlessly integrated into gameplay, is emerging as an important new monetization channel, with 46.3% of mobile game developers citing it as a key opportunity for 2021.

In a global mobile developer survey by InGamePlay brand advertising platform, AdInMo, confirms that In-App Purchases (65.8%) and in-game advertising (53.8%) are still the most popular forms of monetization, but it is immersive brand ads, also known as dynamic in-game advertising, which are expected to see the largest growth next year.

While interstitials (33%) and rewarded videos (40%) are currently the most popular in-game ad formats, more than a quarter of developers (26.7%) are planning on trialling dynamic in-game advertising within the next six months. Casual and hyper-casual mobile games are driving this trend, with 62% of developers planning to integrate the new ad formats in 2021.

Developers of Free-to-Play games must consistently balance retention and a quality player experience with the need to monetize. The limitations of performance marketing ads, which force the player to leave the game, is driving developer to seek new non-interruptive ad formats. 75% of developers surveyed rated ‘does not interrupt gameplay’ as their top feature in a monetization platform, even higher than ease of SDK integration (66%).

“Developers clearly hate having to interrupt the player experience or worse force players to leave the game. InGamePlay brand ads are click-free and allow developers to earn new revenues, advertisers to engage new mobile audiences and most importantly players to carry on playing.”

This exclusive and previously unreleased survey data is from a study carried out in conjunction with Pocket Gamer’ in August and September 2020.

A simple phrase that threw down the gauntlet against the competition.

More than just a catchy slogan that defined the strengths of the SEGA Genesis (Mega Drive) and its innovative library filled with arcade hits, those two words defined the confidence (and swagger) SEGA personified at a time when the competition was fierce.

30 years later, the SEGA Mega Drive remains beloved in the hearts of fans the world over.

In honor of this remarkable launch, SEGA have reimagined the classic Genesis Does commercial to bring fans back to the glory days of the 16-bit revolution.

This time, however, the focus is on the powerful line-up of the SEGA Mega Drive Mini.

Watch the new Genesis Does commercial!

What did the Mega Drive mean to you?

Let SEGA know for a chance to be featured in their video:
https://www.sega.com/mystory

The Pokémon Company International today unveiled a new TV commercial that will air during Super Bowl 50 on Sunday, February 7.

The ad, shot in Rio de Janeiro, celebrates the millions of Pokémon fans around the world, encourages them to enjoy the Pokémon references hidden in the ad and Train On. A 30-second version of the ad will be aired at the beginning of the third quarter of Super Bowl 50. An extended version can be viewed at http://bit.ly/1KzQloU.

“For 20 years, the Pokémon world has inspired fans to train hard and have fun,” said J.C. Smith, senior director of Consumer Marketing at The Pokémon Company International. “This ad is reflective of that passion, and I can’t think of a bigger stage to share this story than the Super Bowl.”

The ad is part of a yearlong campaign celebrating 20 years of Pokémon. First introduced in Japan in 1996 with the video games Pokémon Red and Pokémon Green for the Nintendo Game Boy system, Pokémon has delighted fans of all ages around the world for two decades. With more than 275 million video games sold worldwide, 21.5 billion TCG cards shipped to 74 countries, and an animated series spanning 18 seasons, Pokémon is one of the most successful entertainment brands in the world.

Be sure to visit Pokemon.co.uk/20 for more information about Pokémon 20, Train On projects and join the conversation using #Pokemon20. 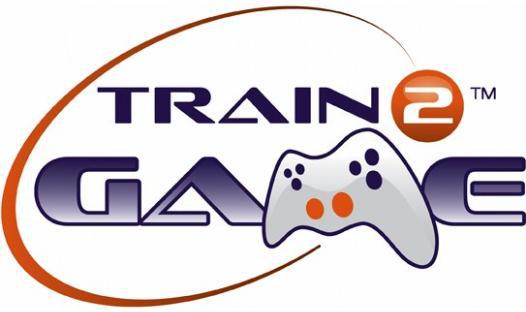 It is coming up to the Christmas holidays and I am giving you the chance to voice your opinions on what you like to be heard on the Train2Game blog!

Some of you may remember that last year we had some students do some fantastic blogs that went out over the Christmas period and they were so popular we are going to do it again! You get to have your opinions heard and get your name out there in the gaming world.

You can write your blog on anything games related you like from reviews to opinions to advertisements for your upcoming games and studios, the choice is yours!

If you are interested in writing a blog to be seen on Train2Game News all you need to do is email me at Mark@train2game.com with the blog and a related image.

Get creative and have fun!