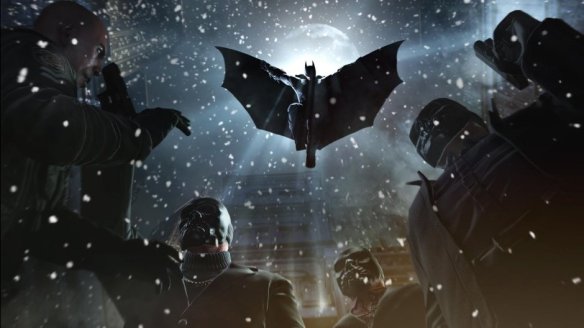 It’s the end of the week which means it’s time for the industry news round up!

Continuing the superhero game theme, LEGO® Marvel™ Super Heroes are back, this time revealing the brick-building plot of the game, with an all-new new trailerAm! Do you have what it takes to destroy Dr. Doom and his Dr. Doom Doomray of Doom? Check out the awesome trailer (with a huge villain reveal) here: http://youtu.be/Nvpug0_-xAQ

It’s time to step back into the darkness. Amnesia: A Machine for Pigs, the follow-up to the genre-defining horror game, Amnesia: The Dark Descent, is now available for pre-order with a 20-percent discount. From the creators of Amnesia: The Dark Descent and Dear Esther comes a new first-person horror game that will drag you to the depths of greed, power and madness. It will bury its snout into your ribs and it will eat your heart. Amnesia: A Machine for Pigs is survival–horror at its most unsettling; helpless and alone, no weapons to soothe your nerves, and the dim light of your lantern to offer any comfort.

Broken Sword: The Serpent’s Curse is the fifth instalment in the adventure game franchise. It was kickstarted to give Revolution Software full control, giving them total freedom over the games look and feel. It is also the first Kickstarter project to be picked up by Sony to put on the Vita. The Serpent’s Curse will also be available on iOS, PC, Mac, Android and Linux and you can see an early trailer for the game, here: http://www.youtube.com/watch?feature=player_embedded&v=3jQu1riTcYg

After years of Comic Book Movies, Publishers are really making a play for videogames to muscle in. EA have a Need for Speed movie starring Aaron Paul of Breaking Bad, and Ubsioft already have Michael Fassbender attached to Assassin’s Creed and Splinter Cell with Tom Hardy. Now they’re taking upcoming Watch_Dogs onto the big screen too, forming a partnership with Sony Pictures and New Regency. Video Games have a very hit and miss track record with going to movies and some are only good because they are so bad. With all these games going to Hollywood though, it shows games are being accepted more and more.