SQUARE ENIX® today announced that several titles from the legendary FINAL FANTASY® series are coming to the Nintendo Switch™ system, the Xbox One family of devices including Xbox One X, PlayStation®4 computer entertainment system and STEAM®.

The fun starts with today’s release of FINAL FANTASY® XV POCKET EDITION HD for the Nintendo Switch, and the upcoming release of WORLD OF FINAL FANTASY® MAXIMA on November 6th. The Chocobo’s Dungeon series also returns for the first time in ten years with Chocobo’s Mystery Dungeon EVERY BUDDY!™ bound for release this winter. The remaining titles, including the return of co-op action RPG FINAL FANTASY® CRYSTAL CHRONICLES® Remastered Edition, will release in 2019.

The full list of the announced FINAL FANTASY titles and platforms are available below:

Further information on each title is available at: http://sqex.link/FFgames. 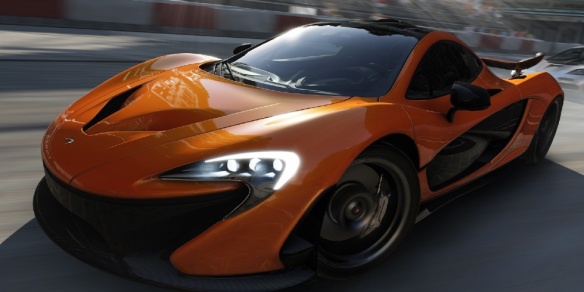 Microsoft has revealed the latest version of its DirectX API at GDC. The new version has been designed to work across across multiple platforms including PC, Xbox One, tablets and smartphones.

It was claimed the API reduces CPU overhead significantly compared to DirectX 11 and was designed from scratch to take full advantage of advanced GPU hardware features on next-gen systems.

DirectX 12 was shown off on stage with a tech demo of Forza 5 running on a PC powered by an Nvidia Geforce Titan Black by Microsoft DirectX development manager Anuj Gosalia.

Nvidia, which worked with Microsoft on developing the API, will support the latest upgrade on all DirectX 11-class GPUs it has shipped in the Fermi, Kepler and Maxwell architectural families.

“Historically, drivers and OS software have managed memory, state, and synchronisation on behalf of developers. However, inefficiencies result from the imperfect understanding of an application’s needs. DX12 gives the application the ability to directly manage resources and state, and perform necessary synchronisation. As a result, developers of advanced applications can efficiently control the GPU, taking advantage of their intimate knowledge of the game’s behaviour.”

While initial details have covered the form of the graphics API, Moreton said future Direct3D releases would include new rendering features.

No release date has been set for DirectX 12.