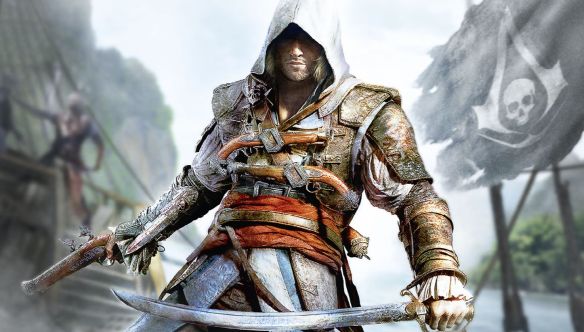 Assassin’s Creed IV: Black Flag and Battlefield 4 go head to head in a fiercely contested chart that sees Ubisoft’s title take the number one spot.  Both titles appear to be affected by the imminent appearance of both Xbox One and PS4 with neither title matching the sales of its predecessor.  Both Assassin’s Creed III and Battlefield 3 were the highest week one sellers in their respective series and achieved number one in their first week of release.  Assassin’s Creed: Black Flag benefits from its Event Title status having been available from Tuesday this week. Sega land at number six as Football Manager 2014 arrives for PC.  The title sees strong sales although it’s down 7% on Football Manager 2013 which debuted at number four.  Also new this week WWE 2K14 is at number seven and is the first in the popular series to fall under Take 2’s 2K Sports label following its acquisition from previous publisher THQ.

Ubisoft have revealed its first VIP program, THE WATCH, dedicated to the Assassin’s Creed community, now available for all players who pre-order Assassin’s Creed IV Black Flag via retail, online stores or Uplay in EMEA territories.

THE WATCH will allow members to delve deeper into the Assassin’s Creed Universe and enjoy exclusive tailored content, as well as early access to the latest information, ensuring the community are the first to know about upcoming events, shows, talks and releases on the brand.

THE WATCH will bring the community closer to Assassin’s Creed than ever before via regular in-depth features exploring a variety of different themes, including the characters, setting, places, cultural inspirations and other game related elements.

The Assassin’s Creed universe also lives through the fans’ voice and creations, so THE WATCH also allows members to follow Assassin’s Creed related social media and discussions, discover and ‘like’ other member’s content and upload their own, and compare their skills and achievements! Key members of the community will also be chosen to update a special “Experts” section to share their deep knowledge on the universe.

THE WATCH will also introduce unique member quests to compete in, unlocking specific missions, special rewards and bonuses. These timed missions will only be available through THE WATCH and participants will be able to track themselves and other members through global leaderboards.

In addition to its desktop version, THE WATCH is optimized for tablets and smartphones. For more information, you can visit: http://www.assassinscreed.com/thewatch

You can enjoy a trailer for THE WATCH below

In development for nearly two years, the game is being spearheaded by one of the veteran Assassin’s Creed teams in Ubisoft Montreal with support from Ubisoft studios in Annecy, Bucharest, Kiev, Quebec, Singapore and Sofia. Assassin’s Creed IV Black Flag will be released on the Xbox 360, PlayStation 3, PlayStation4, Nintendo’s Wii U, Windows PC and other next generation consoles. The game will be available on 1st November, 2013 in the UK. No date has been confirmed for PS4 launch as of yet.

“With the new hero and new setting we are creating the boldest and most unique Assassin’s Creed game yet, while still respecting the pillars of the franchise that have made it such a fan favorite,” said Yves Guillemot, chief executive officer at Ubisoft.

“Assassin’s Creed IV Black Flag is based on a true, harsh and exciting part of a legendary era and will thrill longtime fans and newcomers alike.”

Assassin’s Creed IV Black Flag tells the story of Edward Kenway, a young British man with a thirst for danger and adventure, who falls from privateering for the Royal Navy into piracy as the war between the major Empires comes to an end. Edward is a fierce pirate and seasoned fighter who soon finds himself embroiled in the ancient war between Assassins and Templars. Set at the dawn of the 18th Century, the game features some of the most infamous pirates in history, such as Blackbeard and Charles Vane, and takes players on a journey throughout the West Indies during a turbulent and violent period of time later to become known as the Golden Age of Pirates.

Customers who purchase Assassin’s Creed IV Black Flag on PlayStation 3 or PlayStation 4 can download 60 minutes of additional gameplay via the PlayStation Network after the game’s launch.

Collector’s Editions of Assassin’s Creed IV Black Flag will be available in the EMEA region. More details will be unveiled by the end of March.

You can enjoy the first trailer below

It’s the end of the week so it is time for a round up of news from Train2Game!

Two weeks ago, 11 bit studios offered gamers a chance to buy its secret next game at half price. Today, that secret game was unveiled as 11 bit studios announces Anomaly 2, the sequel to the award-winning strategy game, Anomaly Warzone Earth. Anomaly 2 will deliver a hardcore real-time strategy experience with exceptional tactical variety, intense multiplayer and remarkable visuals. You can view the trailer, here.

2K and Gearbox Software announced today that the Borderlands 2: Add-On Content Pack is now available in stores. The pack is a single packaged product that adds hours of additional gameplay with Borderlands 2’s first two add-on campaigns, Captain Scarlett and Her Pirate’s Booty and Mr. Torgue’s Campaign of Carnage, as well as a fifth playable character, Gaige the Mechromancer. In addition, bundled in the pack is The Creature Slaughter Dome battle arena, unique weapons including the Gearbox Gun Pack and Skyrocket Grenade, some extra heads and skins for your character and a Golden Key to unlock the chest in Sanctuary.

The previously canadian-exclusive console, the Wii Mini, has found its way to UK online retailers. Both Amazon and Game are listing the console at £79.99. The Wii Mini is essentially a stripped Wii in that online functionality and Gamecube games support has been removed. The console only supports disc-based games. It will be released in Europe on March 22.

Finally Microsoft are having a huge games sale at the moment. The sale started on February 26 and will run to March 4. The sale is seeing up to 75% off big games such as the Halo, Resident Evil and Call of Duty titles. The games on sale change daily so make sure you keep an eye on it or you might miss something you want at a low, low price. 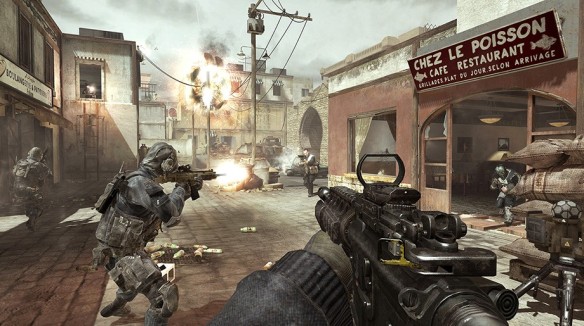 Train2Game are this week bringing you an end of the week round up of news.

A new Call Of Duty has been confirmed for the fourth quarter of this year. “The Call of Duty franchise continues to set the bar for innovation and we expect a new Call of Duty game in development for 2013 to raise that bar even higher,” said CFO Dennis Durkin during a financials conference call today. Historical trends indicate this year’s title is likely to be a new entry in the ‘Modern Warfare’ line, developed by Infinity Ward. Expect an early November release.

Ubisoft CEO Yves Guillemot told investors on Thursday that Ubisoft plans to publish a new Assassin’s Creed game during the 2014 financial year. The game, developed across several of Ubisoft’s global games development studios, will likely be introduced at E3 this year. Although Guillemot didn’t go into too much detail, it was confirmed the game will take place in a new time period and star a new character. In further Assassin’s Creed news, Assassin’s Creed 3 sales have reached 12 million across the globe.

Yet another big game sequel that surfaced this week was that of Little Big Planet 3. The game is being developed by Sumo Digital who were the company behind the cross controller pack for Little Big Planet 2. Sony have yet to comment on this but VG247 was told that the independent, Sheffield-based studio has been working on the project for unknown platforms for “well over a year”.

The first trailer has been released for the up coming Activision Walking Dead game, The Walking Dead: Survival Instinct. The game features the Dixon brothers, Daryl and Merle. In addition, Activision announced that those who pre-order The Walking Dead: Survival Instinct on Xbox 360 or PS3 at GAME or GameStop Ireland will receive the Walker Herd Survival Pack, which contains Herd Mode where you stave off endless waves of the undead. The add-on will also grant new weapons in the story mode including a survival knife, sawtoothed machete, kukri, reinforced hatchet and advanced machete. If you do get the add-on, be sure to install it before starting the game as you won’t be able to access the new weapons in a game already in progress. You can watch the trailer here.

The developers of the OUYA android console have said that they want to release a new OUYA every year. Ouya company founder Julie Uhrman said “There will be a new Ouya every year. There will be an Ouya 2 and an Ouya 3. We’ll take advantage of faster, better processors, take advantage of prices falling. So if we can get more than 8GB of Flash in our box, we will.” By the end of last year, 1200 Ouya dev kits had been sent out. By the end of January, the software development package had been downloaded 22,000 times.