Gfinity’s Tournament Builder is out now as a free download, exclusively for Xbox One – putting the power of eSports straight into your hands.

Gfinity have crafted a brand new app that give more power to you, the player. As part of a £1m investment in the world’s most advanced competitive gaming platform, the Tournament Builder app allows Xbox One players of any skill level to run or compete in player made eSports competitions.

For the first time, Xbox One gamers worldwide who want to play competitively can choose what, how and with whom they play. Gfinity Tournament Builder can be downloaded for free from the Xbox Marketplace, starting today.

Neville Upton CEO says “We are incredibly excited to launch our Tournament Builder app on Xbox One because like Microsoft, we are passionate about creating technology that is accessible to everyone – of all ages and abilities. Find out who is the best Rocket League player in the office in a head-to-head knockout cup; set up a Halo ladder for you and your mates to play in for bragging rights; or run your own FIFA league for your school…. It’s free and easy to use and perfectly compliments Xbox One’s Multiplayer features and we believe will make playing Xbox One games with friends even more fun!”

To celebrate the launch and get things started, Gfinity are also launching a Rocket League Tournament for Europe and North America – exclusively on Xbox One – with over $2,000 up for grabs in total prize money. Players simply need to download the Gfinity Tournament Builder app from the Xbox Marketplace to find out how to take part.

MBN Events, industry leaders in the provision of high profile sporting lunches and dinners have teamed up with games industry powerhouse NewBay Media, owner of MCV and Develop, to launch the eSports Industry Awards, a brand new ceremony that recognises all of those who have contributed to the sector’s incredible growth across the globe over the past 12 months.

The event will take place on November 21 at The Brewery, London and will be hosted by BBC Radio 1’s gaming expert, Julia Hardy and Jason Bradbury from Channel 5’s The Gadget Show, in order to acknowledge and reward outstanding achievement from the world of eSports, with awards presented across 18 categories including: Team of the Year; Game of the Year; eSports Journalist of the Year and Best Live Event. All of the individual categories can be found here www.esportsindustryawards.com .

Nominations for the eSports Industry Awards 2016 open today, with the final short-list announced on Friday April 8. An international judging panel consisting of respected professionals from a cross section of the eSports industry including ex-players, media and broadcasters will then determine the overall winners in each of the categories.

“I’m really honoured to be invited to help co-host the first ever UK awards dedicated solely to eSports. It reflects just how huge the eSports world is and how quickly it is growing that we can now have a whole awards ceremony dedicated to the people who have strived tirelessly to get it where it is,” stated Julia Hardy, who added “eSports are well and truly here to stay and I’m looking forward to congratulating the winners and the nominees on the night for all their hard work in such a passionate part of gaming.”

The eSports Industry Awards 2016 has already received the backing of Gfinity, who will bring their expertise in streaming live events, as official broadcast partner. Confirmation of further high profile partnerships are expected in the coming weeks.

CEO of Gfinity, Neville Upton commented: “Gfinity is delighted to be the broadcast partner and helping to raise the profile of esports within the UK while recognising the achievements of people throughout the industry.”

The biggest eSports prize fund in EGX’s history will be up for grabs this September in Birmingham.

EGX, the UK’s biggest games event, and Gfinity, the leading eSports organisation formed by gamers and with the backing of successful investors, is thrilled to announce they will be hosting two tournaments for more than $100,000 at this year’s EGX, running at the NEC, Birmingham from 24th to 27th September 2015.

The Gfinity stand will give EGX attendees a comprehensive eSports experience, allowing them to meet some of the top pro-gamers in the world, plus see them in action competing for more than $100,000 in prize money across Counter-Strike: Global Offensive (CS:GO) and StarCraft 2, the largest prize pot in EGX history.

The $100,000 Gfinity Champion of Champions event will see the top four teams from previous Gfinity events – fnatic, Ninjas in Pyjamas, Team EnvyUs and Virtus Pro – compete on Saturday 26th and Sunday 27th for the coveted title of Gfinity CS:GO Champions 2015. Prior to the weekend, the final Gfinity Summer Masters for StarCraft 2 will see eight of the world’s best players compete live from the show floor.

“We are very excited to announce that we’ll be partnering with EGX to bring elite level eSports to the event for the first time”. Said Martin Wyatt, Head of Partnerships at Gfinity. “Following our successful debut at the show in 2014 we have decided to bring the culmination of our CS:GO and Starcraft 2 seasons to the NEC and 80,000 people. With over $100,000 to play for and the very best playing talent in the world in attendance this is an amazing opportunity for the EGX crowd to witness world class eSports live and in person”.

David Lilley, Managing Director of Gamer Events, added, “eSports is exploding worldwide and we’re delighted to be working more closely with Gfinity to bring the UK’s premier eSports experience to EGX. Visitors will see the world’s finest gaming stars compete at the highest level and may even pick up a trick or two to help them win next year’s prize pot”.

EGX will take place at the NEC, Birmingham from 24th to 27th September 2015. For more information about all the activity at the event, including eSports, hundreds of playable games and dozens of exclusive developer announcements, please visit www.egx.net/egx . 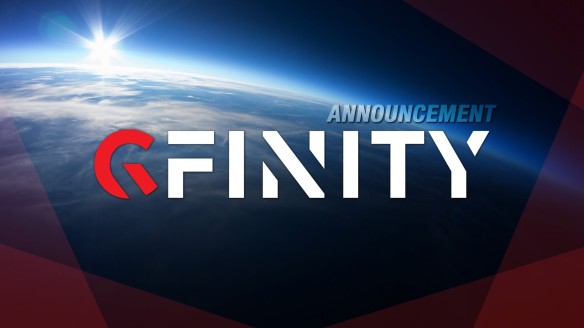 A partnership with cinema chain Vue will turn the Fulham Broadway chain into the home of UK eSport competitions, with “three custom-built stages” that will house an audience of “over 600 gaming fanatics”.

The Vue deal also opens up the ability to host events around the country, making regional competitions a possibility in the future. Gfinity also says it will be able to host events in “cities across the world.”

On top of that the cinemas will be able to screen competitions from around the world. “We’ll also be bringing you the opportunity to watch major events from Activision, Blizzard, Valve, Riot, and others throughout the year,” they say in a statement.

The Gfinity Arena will open in March for the start of the 2015 Gfinity Championships, which comprises of 25 events running through until September. Events will take place each weekend and on some week days, and will also be streamed online.

Gfinity co-founder and CEO Neville Upton said: “This is a pivotal moment for Gfinity and an exciting time for everyone involved in eSports in the UK. We are delighted to have signed this exclusive agreement with Vue, a well established international brand, to develop and launch the UK’s first and only dedicated eSports arena.

“Gfinity has proven it can organise and deliver world class events and this agreement allows us to satisfy the booming popularity in eSports as a spectator sport. Furthermore, the deal highlights the growing interest from leading brands here in the UK in the eSports market.”

In recent years eSports have continued to grow as a global phenomenon, with millions of pounds now riding on competitions involving games such as League of Legends, Dota 2 and Counter Strike.

For a sign of how far things have come look no further than the European Call of Duty championships being held later this month at London’s Royal Opera House – which recently hosted the Bafta film awards.

Gfinity – founded five years ago – plan on being at the centre of eSports growth in the UK, and this deal is a big sign that they’re doing exactly that.

Kevin Styles, managing director for Vue in the UK and Ireland said: “Vue prides itself on being at the forefront of cinema ensuring that we are an exciting and dynamic entertainment destination. This collaboration with Gfinity underlines this and heralds a new era for eSports in the UK.”

Gamer Network is delighted to announce an agreement with Gfinity, the leaders in eSports, to provide an exciting competitive gaming feature at this year’s EGX London.

The Gfinity stand will give EGX attendees a comprehensive eSports experience allowing them to meet pro-gamers, take part in mini tournaments with their friends and get tips on becoming a pro.

League of Legends fans are in for a treat and will be immersed in the full eSports experience across the four days as they get a chance to take part in mini competitions with plenty of great prizes up for grabs.

Also, with the release of FIFA 15 scheduled for the week of the event, Gfinity will stage a 4 person, FIFA 15 tournament featuring 4 of the UK’s biggest FIFA You-Tubers in a one-off exhibition match.

David Lilley, MD of Gamer Events, said: “We were impressed by the energy and enthusiasm that Gfinity bring to eSports. We’re excited by the prospect of working with them to provide a fantastic competitive gaming experience to our audience.”

Martin Wyatt, Head of Content & Partner Relations at Gfinity, said: ““We are going to provide some exciting and entertaining competition with the gaming community – everyone who visits EGX can come to our stand, game like a pro and talk to us about getting into eSports. We are excited to be a partner of this great event and look forward to helping others get involved.”