Every year millions of fans show their support by voting for the games, developers, publishers and personalities who have entertained and thrilled them the most over the last 12 months.

Now in its 38th year, the Golden Joystick Awards show has been confirmed for this November with a new all-digital format and global focus.

“Last year the Golden Joystick Awards were held in central London with awards being handed out to developers who had flown in from all around the globe. This year the event will be a truly global, all-digital, affair with a variety of exciting guest hosts, exclusive game trailers and editorialised video features. We strongly believe this will allow us to reach millions more fans, with the Golden Joystick Awards 2020 being hosted on gamesradar.com, currently enjoying a year of record traffic. Our revamped digital show will be produced by the team behind the recently-launched Future Games Show, which attracted 23 million views for its E3 and Gamescom shows. We can’t wait to celebrate the best games of the last 12 months and look forward to the next generation of consoles and creators.”

The Golden Joystick Awards are brought to you by GamesRadar+, the world’s fastest-growing major games website. GamesRadar+ recorded its all-time audience record of 35.5m global users in April 2020, and has seen phenomenal growth over the year with a 92% rise in users across the globe*.

Fans can also cast a vote for online games that they can’t give up playing in the ‘Still Playing’ award, as well as the game they are most looking forward to in the hotly-contested ‘Most Wanted’ award category which was won by Cyberpunk 2077 in 2019.

“Our judging panel has worked hard to narrow down the shortlist to just eight games in each category**. Some games are so good they have made it into more than one category, with multiple nominations for Animal Crossing: New Horizons, The Last of Us Part II, Fall Guys and more. We have also added in two new categories – ‘Best Family Game’, which reflects the fantastic family games that have been released this year, and ‘Best Gaming Community’ a nod to the increased role games have played in keeping us connected to our friends and fellow players in 2020.” 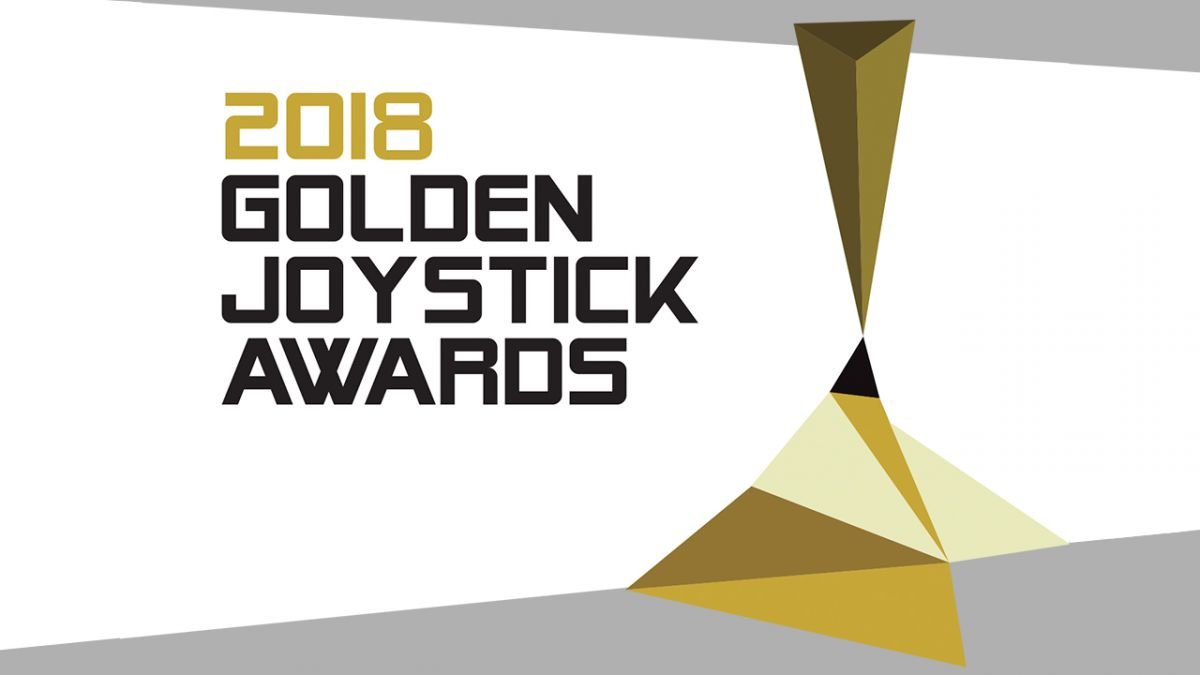 The wait is finally over as the results of the 36th Golden Joystick Awards presented with AMD are revealed.

The winners in 23 categories were announced today at the award ceremony held at London’s Bloomsbury Big Top and live streamed on Twitch.

The Golden Joysick Awards presented with AMD honour the people and products that have transformed the games industry in 2018.

The event features 23 categories, the majority of which are voted for by the global gaming public. The event was first held in 1983 and has grown to become the world’s largest public voted gaming awards brand.

Daniel Dawkins, Global Editor-In-Chief, GamesRadar+ said:
“2018 has been an incredible year for videogames. We have had year-defining blockbuster hits such as Fortnite Battle Royale, Red Dead Redemption 2 and God of War, sitting alongside indie breakthrough games such as Subnautica and Dead Cells. This year’s Golden Joystick Awards received a record number of voters, casting millions of votes, and we are not surprised to see all these games being recognised for their inventive brilliance and the sheer joy they bring to so many people.”

“We are extremely honored to have awarded Hidetaka Miyazaki the Lifetime Achievement award, a man whose games are widely considered among the most influential of his generation. We are delighted that he could join us on-stage to accept the honour from fantasy luminaries Ian Livingstone CBE and Steve Jackson whose works were so influential on Miyazaki’s distinctive style.”

If you missed the action, you can still watch the whole show on Twitch.

Voting is now closed for the 36th Golden Joystick Awards presented with AMD.

A record number of voters had their say, casting millions of votes and there’s only five days to wait until the winners are revealed live via Twitch on Friday.

The excitement starts with a pre-show hosted by GamesRadar’s James Jarvis, Zoe Delahunty-Light and Brandon Saltalamacchia. Zoe, Brandon and James will discuss the big nominations of the day with familiar faces from the world of gaming, as well as unveiling an exclusive interview with Pete Hines about Fallout 76, and developer walkthroughs of Hitman 2 and Pokémon: Let’s Go.

Next up the fiercely-contested Golden Joystick Awards themselves, hosted by comedian Danny Wallace. Over the past seven weeks, millions of votes have been cast in categories such as Ultimate Game of the Year, Most Wanted Game and PlayStation, Xbox, Nintendo and PC Game of the Year. Many awards were still in the balance right up until the final hours of voting – with the lead changing hands multiple times in key categories.

Along with the 18 categories voted for by the public, five critics choice awards will be revealed on the day, including Lifetime Achievement, Outstanding Contribution and the Critics Choice Award.

Dan Dawkins, Global Editor-In-Chief, GamesRadar+ said: “This year’s Golden Joystick Awards live show will be bigger and better than ever, with more exclusive interviews and video reveals, plus the chance to find out which games the public has chosen as their favourites of the year. 2018 has been an incredible year for gaming, so join us on Friday to watch all the action unfold live on stage.”

The Golden Joystick Awards presented with AMD honour the people and products that have transformed the games industry in 2018. The event features 23 categories, the majority of which are voted for by the global gaming public. The event was first held in 1983 and has grown to become the world’s largest public voted gaming awards brand. 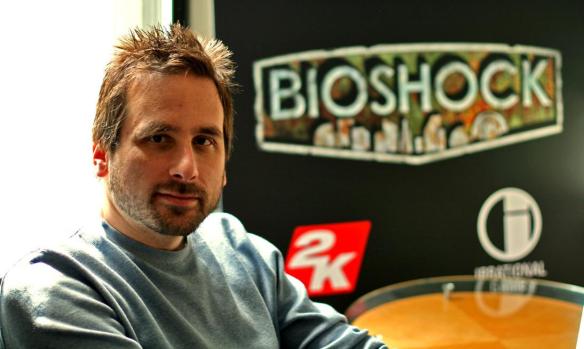 The Golden Joystick Awards presented by Green Man Gaming have announced that Ken Levine, BioShock Creative Director and Co-Founder of Irrational Games, will be bestowed with a special Lifetime Achievement award at this year’s ceremony.

For the first time in its 31 year history, the Golden Joystick Awards will honour an individual for their lifetime’s work by celebrating Levine’s creative accomplishments ranging from 1999’s System Shock 2 to 2013’s BioShock Infinite.

Recognised as a luminary of the gaming world, Levine led the creation of the five-million-unit-selling, multiple-game-of-the-year-winning BioShock. As the highest-rated first-person-shooter of all time, the masterpiece helped spark the ‘games as art’ debate. Levine’s latest game, BioShock Infinite, released in March this year, has already won 88 awards and has sold more than four million units to date.

Described by legendary film director Guillermo del Toro as ‘one of the best world creators in any of the visual forms’, Levine is also penning a screenplay based on the sci-fi tale Logan’s Run for Warner Bros.

Upon hearing the news, Levine took a moment to contemplate the time he has spent in the industry: “In most fields, people begin their careers being inspired by others. In turn, they hopefully end up inspiring others. The great thing about the still-maturing nature of video games is you get to be inspired by the work of novices and veterans alike. We’re all figuring out day by day exactly what the medium is capable of.”

Tim Clark, Group Senior Editor – Golden Joysticks and Future Games says: “From spaceships infected with extraterrestrial intelligence to the brutal politics of a city beyond the clouds, Ken Levine’s games transport players to new worlds that are as rich as they are dark. Best known for the critically-acclaimed BioShock series, his exploration of player choice and consequence, as well as his dizzying imaginative design work and storytelling, continues to be a huge influence on game makers around the world. As this year’s BioShock Infinite proved, Levine is one of the most interesting creators working in games – and its fitting that he should be the inaugural winner of our Lifetime Achievement award.”

The Golden Joystick Awards are the world’s most popular and credible games awards and celebrate the very best in the gaming industry. Levine was selected for the honour by a group of gaming experts made up from Future’s enviable portfolio of games brands, including CVG, GamesRadar, Official Xbox Magazine, Official PlayStation Magazine, Edge and PC Gamer. The award will be in addition to the 15 fiercely contested gamer-voted categories, including Most Wanted in association with Playfire, Best Gaming Moment in association with Absolute Radio, Best Gaming Platform in association with Digital Spy and The YouTube Gamer Award.

Winners of the 2012 Golden Joystick Awards have been announced, and Skyrim walked away with three: Ultimate Game of the Year, Best Gaming Moment, and Best RPG.

A full list of the nominations and winners can be found below, the winner is written in bold:

Best use of DLC

The One to Watch Award

YouTube Gamer of the Year went to Yogscast, and EA won the award for Outstanding Contribution for its FIFA series.

Congratulations to all the winning games.