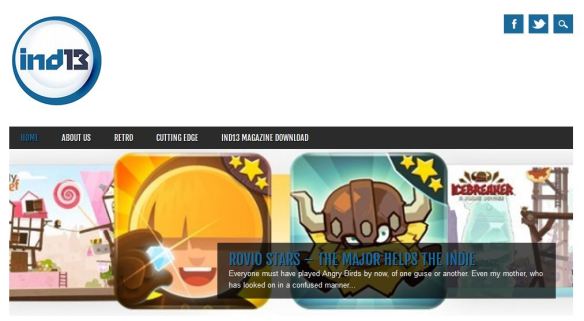 This month’s issue of the magazine has an interview with editor-in-chief of ind13 magazine and CEO of Global Empire Soft, Richard Hoffman – James Coote, an independent games developer with his own studio and owner of Crystalline Green, gives advice about starting up as an independent – Alan Vader, a retro gamer expert goes back in time to talk about the original bedroom coders and many more interesting articles!

The magazine can be downloaded from the site www.ind13.com in PDF form. This magazine is definitely one to bookmark to make sure you never miss a copy! 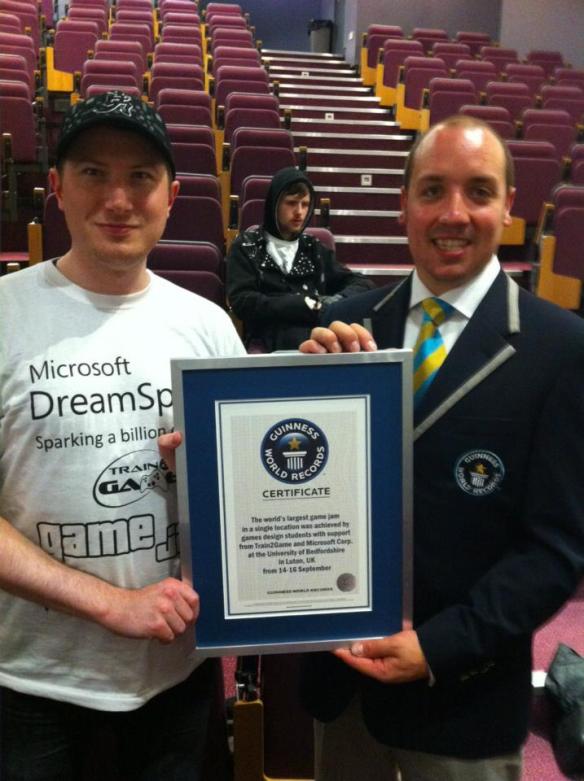 I had the pleasure of talking to Richard Hoffman who has recently released his game, Man Alive on iOS and Android. Richard spoke to me about his career history and where the idea for the game came from.

You can listen to part one here: https://audioboo.fm/boos/1544558-train2game-student-richard-hoffman-talks-to-t2g-radio-part-1

Or you can read the transcript below:

Hello, my name is Richard Hoffman, I am an indie game developer and I am on theGame Designer course with the Train2Game programme. I have my own indie company and we are doing cool indie games, developing and publishing on different platforms including Apple’s iOS and the Google Play Store.

Hi Richard, how you doing mate?

I’m good cheers buddy. So tell us a bit about yourself, what’ve you been up too lately?

We have just finalised our game Man Alive which is now out for two platforms, iOS and Android. We also intend to publish it on Windows 8, so that will be out quite soon with a little bit of help with Microsoft’s tech team.

Yeah and how was it working on Man Alive?

It took a long time actually because we are working full time and doing this in our spare time. We started two years ago at the Global Gamejam and we saw it’s a really cool game which emerged after those two days and we just continued working and getting it to the stage it’s at now and we are quite proud of it.

Yeah, I’ve had a bit of a play of it myself on my tablet and it is quite a good different idea. Where did the idea come from?

The idea came from the Global Gamejam that we were in two years ago where we had a theme set and we had to do something around an ancient symbol of a snake that eats its own tail. This round shaped form, I’ve forgotten the name of it.

That’s the one! My Greek or Latin is a bit limited! So with that theme in mind, we just bounced a few ideas off of each other and that’s basically what came out of it. We thought, we like playing Mario Brothers and platform games like Limbo for instance and we saw that every game has the same pattern; it’s all about survival and you have your set lives and that’s it. We were kind of bored with this, I’ve played games for about thirty years now, and it’s always the same pattern so we thought we’d do something different. With this theme we just twisted the whole platform game paradigm on it’s head, so it’s not about surviving but you have to die at least once in each level to get to the next level or the next stage. It’s an encouragement to throw yourself in to a river and jump up over your corpses which is kind of fun because it has a cute quirky graphic style which doesn’t look too serious at all because if I explain it to people sometimes they kind of get a bit anxious about the subject but it is quite funny.

Yeah it is quite good. It’s along the same sort of line is Limbo where it doesn’t look so bad to die, it doesn’t shock you or anything, it’s just something that happens.

Exactly except that in Limbo, the first time I played it my friends didn’t tell me you could die so I had a kind of shock moment, I thought it was forever and my friends were just laughing at me for not knowing that!

So what is the company your working with to create Man Alive?

It’s my own company called Global Empire Soft which I created three years ago and just started creating apps and games during that time.

Yeah, is it all Train2Game people working with you now or have you got a mixture?

I have a mixture actually, I have people I know from other universities plus Train2Game students. We work on different game projects whenever they have time as well.

So do you work in one place or are you a virtual team?

So whilst you are doing that in your spare time, what do you do for a living?

I’m an apps and games developer so usually I work on projects whether it be contract or a permanent position. My last contract or my last employer was Penguin Books which is quite a big publisher. We worked on some games and did occasional apps as well.

Excellent. So you’ve had quite a lot of experience already then?

Yeah I’ve had fifteen years working in the IT industry and working on apps and games on all different platforms. So I probably know most programming languages and in the last thirty years I’ve played a lot of games on all platforms, whatever came out at the time, from home computers to consoles and PC’s, now Mac as well.

So what brought you to Train2Game?

I was just curious to know more about game design because I never learnt it from Start to finish. I did a degree in Computer Science and before that I already was a programmer so it seems to be like I jumped in to the river and start swimming and then I am trying to understand where it starts and where it ends and what the whole spectrum of an education is. So because I am very passionate about game design and very creative and have a lot of ideas, I want to learn more about that the proper way and I thought the best way of doing that is with Train2Game.

So have you found Train2Game has helped you along in this then?

Definitely it’s a really good guide and has a good curriculum to starting from the simple mechanics of game design and platforms and game design and everything so I already got a good idea ready about the game design part. I am still in the middle of it but I am still keen to do the exercises at the end and just finish the TMA’s and just get to the next one.

Perfect. So finally then what are you working on next?

Next we are working on a few title, something called AVA which is an archaic flight simulator. So we are quite excited about that as we are all fans of Top Gun in our team and good old flight movies! We want to create something with a similar feel of the whole subject from landing, to starting from the Aircraft carrier and having all kinds of Airplanes and also using 3D instead of 2D. Our last game was quite an interesting and challenging approach.

Well I think that’s all we’ve got time for today Richard so thank you very much for your time!

You’re welcome, Thanks for having me.

My pleasure Richard, talk to you again