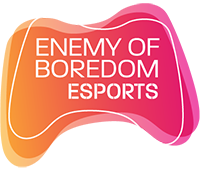 EOB Esports Academy, the UK’s first esports academy for anyone between the ages of 7 to 30 looking to understand the business of esports, is proud to announce a partnership with Riot Games for their first tournament at the Red Bull Gaming Sphere in London.

The team have partnered with Riot Games for their first tournament which will see 13 budding esports professionals take part in this one-of-a-kind course, funded by the Prince’s Trust. Over the last four weeks League of Legends players have been developing the skills needed to manage a successful team, understand the challenges and the roles of an esports player, and most importantly, understand how to work as a team.

The students have been involved in a series of masterclasses and workshops with esports players and industry professionals and will now come face to face in the final day of their course where their plans are put into action with their first tournament at the Red Bull Gaming Sphere in London on 19th August.

EOB Esports Academy’s creator Steven Godwin says, “Riot Games have been a big inspiration for starting the EOB Esports Academy, I could see how young people could become stronger individuals by playing League of Legends. The guys at Riot Games have been very supportive and through a chance meeting with Mo Fadl head of esports, we started making this course a reality.”

Mo Fadl, Head of Esports at Riot Games said: “Riot is committed to furthering the esports ecosystem and providing new talent with an opportunity to learn and grow. We are very excited to help the EOB Esports Academy with their first tournament. Having spoken to the students taking part I can already see myself working for them in the future!”

EOB Esports Academy runs a number of workshops and events throughout the year. If you would like to find out more information please visit: http://wuwomedia.com/

The UK alone is predicted to spend over £1.205bn this weekend, apparently saving £233m on their purchases.

Out NOW, the Games On Song Christmas charity Single is available to download on iTunes http://tinyurl.com/oep3bzl for just £1.29 / $1.99. Not only the best purchase of the whole weekend, but the one that will keep on giving, as all the profits from every sale goes directly towards helping children’s charities across the UK, helping them to have a very merry Christmas!

The Games On Song choir is made up of members from the videogame industry including Sony, EA, GAME, Ubisoft, Mastertronic, OnLive, SEGA, Green Man Gaming, Bethesda, Riot Games, Marvellous AQL, Ukie, and many, many more.

“As an industry, we know the power of the consumer, and that they are passionate about the positive impact video games can have. “We hope they will help us spread the word as they shop this weekend and buy lots of singles!” said Emily Britt, Chair of GamesAid. “Those members who donated their time and voices to this single hope to bring a smile to Black Friday shoppers, and to the children who will benefit from every sale.”

Train2Game students may know someone who is colour blind, or indeed, may even colour blind themselves.

Unfortunately, most developers don’t cater for the one in 12 men and one in 100 women who suffer from the condition, meaning that those with colour vision deficiency may struggle to enjoy playing video games.

Fortunately, League of Legends developer Riot Games are set to include a colour blind patch as part of their next update, which will allow those affected by red-green colour blindness to better-distinguish between friendly an enemy health bars during gameplay.  The news was revealed on the League of Legends website.

Train2Game students should be able to see the difference between what League of Legends currently looks like to colour blind players in the image below, with the image at the top of this post of how it’ll look when the update comes. 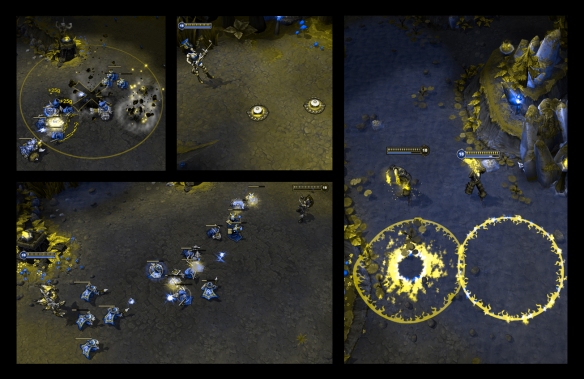 League of Legends has over 11 million players, so statistically, a large portion of them will benefit from this patch.

Riot Games aren’t the only developer to include options to help colour blind people, with the Train2Game Blog previously reporting that Call of Duty: Modern Warfare 3 will be “colour blind friendly”

So Train2Game, what are your thoughts on League of Legends colour blind patch. Should more developers take the condition into account? Is it something you’d consider? 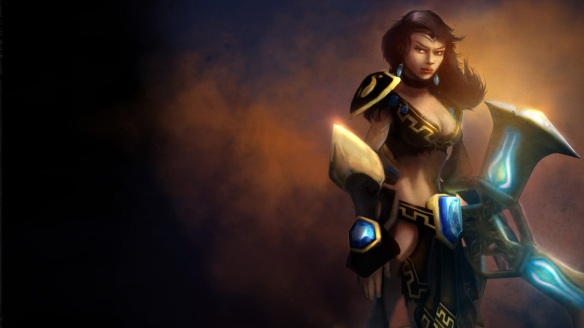 Train2Game Game Designers should definitely be interested in this; League of Legends design director Tom Cadwell has been discussing the common pitfalls of game design.

“Even though we know how to do good design, we still make mistakes a lot, you can set up processes that facilitate good decisions,” he said at his GDC Online talk in Texas.

“Once you know what the right behaviours are, it’s very possible to coach your peers or subordinates. Some of these pitfalls are human flaws, and it is possible that some people don’t manage those flaws well enough even though they’re great designers.”

Cadwell discussed something Train2Game Game Designers may be particularly interested, that is the concept that an idea is ‘too awesome’ to cut from a game and how this can damage development.

“We probably shouldn’t do it, but man, it’s too awesome,” is a dangerous thought said the League of Legends Game Director.

“Now you have a problem because you’re bending over backwards to do this thing that doesn’t fit.”

But he said that even if they know the feature doesn’t work, game designers won’t want to say so in order to avoid being ‘that guy’

In order to prevent this from happening, he suggests “decisions are reviewed by peers or supervisors who are not interested parties, who weren’t at the kick-off.”

Cadwell added that if something costs a lot to do, is it really worth it?

“Structure process to assess cost to risk — it takes six times the engineering resources. Is it worth it?” he added.

Reports of GDC Online have provided Train2Game students of all disciplines with a lot of fascinating information. Just yesterday the Train2Game blog revealed what Valve had to say about the importance of testing games.

So Train2Game, what are your thoughts on Cadwell’s comments? Do you agree that things can be ‘too awesome’ to go in a game? Have you experienced it when producing games?