Gamer Network are delighted to announce that EGX Rezzed will return to London’s Tobacco Dock, on the 26 – 28 March 2020!

Tickets are now available for gamers to gain the opportunity to play the very best pre-release games and hundreds of other breakthrough indie titles, all being showcased alongside many iconic game developers, each sharing their unique insight into the gaming industry.

EGX Rezzed is where indie games shine – an essential event for both creators and players.

Much loved gaming personalities from the likes of Outside Xbox and Dicebreaker are already confirmed for the 2020 show, with Outside Xbox bringing their ever-popular Oxventure Dungeons & Dragons show on both Friday 27th and Saturday 28th.

Tickets are available now from the official EGX Rezzed website priced from £20.

Gamer Network, organisers of the UK’s leading video games events, is excited to announce that tickets are now available to purchase for EGX 2019 which returns to London this year, taking over ExCeL London for 4 days from the 17th to the 20th of October 2019.

Promising to be the best show yet, EGX 2019 – sponsored by Virgin Media – will feature more than 1,500 screens of interactive entertainment with blockbuster triple-A titles from the world’s biggest publishers sitting alongside a huge collection of innovative indie games in the Rezzed Zone. The show will also feature esports, retro gaming and meet and greets with notable personalities from YouTube and Twitch.

Meanwhile, the Developer Sessions and Rezzed Sessions will bring attendees the latest news on some of the world’s most exciting pre-release games and deep dive insights into the game development process.

David Lilley, EGX Event Director, said, “EGX 2019 is special to us as it marks the year we are returning to our home, London. The new venue is allowing us to grow the favourite elements of the show as well as introduce new ones. With more space, features and games than ever before we’re excited by the prospect of delivering the best show to date”.

The line-up of playable games, speaker schedules and additional features will be announced later in the year.

Tickets for the event can be purchased from the EGX website: https://www.egx.net/egx

Organised as a London Games Festival fringe event and hosted by GamesAid, the UK games industry charity, in partnership with the BFI Certification Unit, this one-off show will be on 10 April at BFI Southbank.

Matt Spall, Chair of GamesAid said, “Expect no loot boxes, no DLC, The Dark Room is just good, old-fashioned 1980s-style torment and after its killer session for GamesAid at The Comedy Store two years ago, GamesAid is delighted to be partnering the BFI’s Certification Unit in hosting this day.”

Hosted by John Robertson, a comedian for 15 years and host of the Videogame Nation on Challenge, 2014-2016, this is how The Dark Room day works – the rules are simple:

1 – Options appear on the screen.

2 – Audience calls out the option they want.

“NOT TO BE MISSED” – The Guardian

“Don’t miss it.” – The Daily Telegraph

EGX, producer of the UK’s premiere video games events, today announced that tickets for EGX Rezzed 2016 – in partnership once again with BAFTA– are now on sale.

Running from 7-9th April 2016, EGX Rezzed will build on the enormous success of this year’s event where over 12,000 gamers arrived to play more than 150 PC, console, virtual reality and board games from the likes of PlayStation, Xbox and Blizzard. Further developing the highly popular informal format, EGX Rezzed 2016 will feature more playable AAA and indie games, more Developer and Rezzed Sessions, more after show activities, more devs on the show floor and more free gaming stuff. Over 15,000 visitors are expected to attend.

All the headline features will be present, including the highly successful GamesIndustry.biz Career Fair. In 2015 49 Ukie Video Games Ambassadors and BAFTA Crew Games members, plus 8 games industry execs and many exhibitors advised the next generation of games industry professionals – including many school, college and university students – on how to land a career in games.

Visitors to EGX Rezzed 2015 were delighted with the show’s new home at the superb Tobacco Dock, London, reporting the highest ever satisfaction levels of any EGX event. Not only will the venue play host to EGX Rezzed 2016, BAFTA’s headline British Academy Games Awards will bring a touch of red carpet glitz and glamour to the event on Thursday 7th April.

“We can’t wait to return to London’s Tobacco Dock with an upgraded EGX Rezzed 2016”, said Matt Styles, Event Director. “Visitors and exhibitors loved the new and fascinating venue, especially the wonderful sense of gaming community it created. We’ll be building on the success of 2015’s Developer Sessions, which were a revelation. Valve dev Chet Faliszek’s Future of Virtual Reality and PlayTonic’s Yooka-Laylee announcement attracted record-breaking crowds both at the show and online. Developers and publishers are increasingly finding EGX Rezzed the ideal platform for their exclusive announcements”.

Starting from just £10, tickets are available to buy now from the new EGX Rezzed website (www.egx.net/rezzed/tickets). A variety of day and full event passes are available: 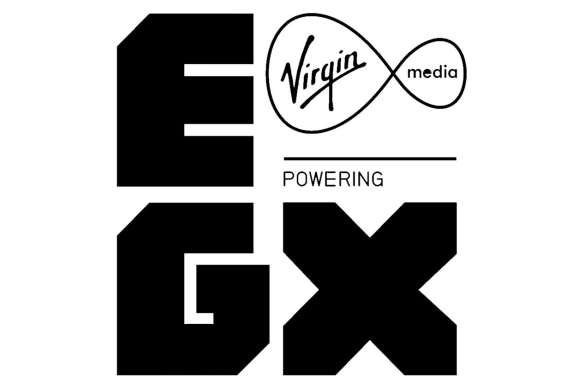 Gamer Network, the world’s leading network of independent video games websites and producer of the UK’s premiere video games events, today announced that tickets for this year’s EGX – powered by Virgin Media – have smashed through the 20,000 sales milestone.

In just two weeks 20,000 – or one quarter – of all EGX tickets have been sold, including 100% of the Virgin Media Early Entry and Saturday and Sunday Early Entry tickets. Tickets of all types are selling quickly (Friday Early Entry tickets are especially limited), with consumers demonstrating their excitement for EGX 2015; the UK’s biggest ever video games event, with the greatest number of playable pre-release games.

Fans have also fully embraced the new venue. Centrally located just outside Birmingham, with fantastic transport routes to the north and south of the country, the NEC provides the ideal space to support the whole of the UK.

For the small number of Londoners afraid to leave the capital (you know who you are) EGX has partnered with Virgin Trains to offer a 25% discount on rail travel (offer also available nationwide). Visit http://www.egx.net/egx/location for more information and join the rest of us at this year’s massive show.

Frozen at last year’s prices, tickets are available from the EGX website (www.egx.net/egx/tickets ), with a variety of day and full event passes available:

Stay up-to-date with EGX online, including heads-up on ticket and game giveaways and to purchase tickets visit the  EGX 2015 event website, www.egx.net/egx

Gamer Network, the world’s leading network of independent video games websites and producer of the UK’s premiere video games events, today announced that tickets for this year’s EGX – powered by Virgin Media – are now on sale.

Running from 24-27th September at the NEC in Birmingham, this year’s event will not only be the largest in EGX history but the largest gaming event ever held in the UK. With over 80,000 members of the gaming community, thousands of screens of playable PC, console, mobile and indie games, plus the largest number of gaming culture features – cosplay, eSports, retro gaming, merchandise and more – EGX 2015 will be a massive festival of video games and gamer culture.

EGX 2015 is the best platform for indulging a passion for video games. Throughout the four days of the show, visitors can meet games industry legends – such as developers, pro-gamers and press – discover how to get a job in the games industry at the careers-focussed GamesIndustry Fair and watch their games development heroes in the Developer Sessions.

EGX 2015 will have an extra focus on YouTube channels and creators this year. Through a partnership with famous YouTube network Yogscast, visitors to the show will learn how to become the next YouTube sensation, plus gamers will be able to meet many Internet stars in person.

“Taking EGX to the NEC gives us a great opportunity to reach a broader audience in the UK and we’re supremely confident that we’ll kick-off strongly today”, said David Lilley, Managing Director of Gamer Events. “We’re very excited about our new home at the NEC”.

It’s now easier and cheaper than ever for gamers to travel to and stay at the event. Gamer Network is partnering with key travel and accommodation partners to offer exclusive discounts to EGX 2015 ticket holders. First to announce is Virgin Trains, who is offering a 25% discount on national train ticket prices when purchased with an EGX 2015 ticket. Additional partner announcements are to follow. All information on travel and accommodation is listed in the Location section of the EGX 2015 website.

Frozen at last year’s prices, tickets are now on sale on the EGX website (www.egx.net/egx/tickets ), with a variety of day and full event passes available:

Gamer Network, the world’s leading network of independent video games websites and producer of the UK’s premiere video games events, today announced that tickets for this year’s EGX – powered by Virgin Media – will go on sale at 11:00 GMT (12:00 CET) on Friday 20th March.

Now in its 8th year, EGX 2015 – held at the NEC from 24-27th September – will be the UK’s largest ever games event with upwards of 80,000 attendees expected. A cornerstone of the video games calendar, EGX features high profile game announcements, playable PC, console and indie games, developer sessions from leading industry spokespeople, and the GamesIndustry Fair – where the next-generation of games industry professionals can find a career in this highly successful industry.

EGX is working closely with Yogscast in 2015. The famous YouTube creators will be bringing their signature personality to the event. In addition to meeting fans and producing EGX content, Yogscast will also be teaching budding YouTube creators the tricks-of-the-trade.

“We’re thrilled to be supporting the UK’s number one games event”,  said Mark Turpin, CEO of Yogscast. “This year at EGX the Yogscast team will be producing extensive content, meeting fans and passing on our YouTube skill and knowledge”.

David Lilley, Managing Director of Gamer Events, added; “This year’s EGX will be the biggest games event in UK history, both in terms of scale and scope. For consumers this means over 1000 screens of playable games, a boatload of insightful developer sessions, upwards of 10 headline features such as Yogscast’s showing, eSports, cosplay and more. For exhibitors, EGX offers the perfect platform to engage with customers, announce products and showcase the latest game developments. We’re very excited about our new home at the NEC, which means EGX is now in the perfect location; the heart of the UK”.