Launched as part of the Skulls Festival by Games Workshop, Nomad Games are excited to bring their flagship title to the Xbox for the very first time.

Originally released by Games Workshop as a board game in 1983, Talisman is a fantasy adventure board game in which players compete to reach the centre of the board first.

As they play, players increase their skills, gain allies and embark on thrilling adventures. Based on the 4th Edition of the physical game, Talisman: Digital Edition on Xbox will allow players to battle against up to 5 friends locally or online via Xbox Live.

During the Skulls Festival Event, Talisman: Digital Edition players on all platforms can also expect to find time-limited events where they can unlock new avatars and titles in-game, exclusive to the Skulls Festival. They can then show these off to their friends, to prove their loyalty to the Skull Throne.

The Xbox version of Talisman: Digital Edition will be available on both Xbox One and Xbox Series X | S, and will launch with a range of expansions and characters for players to purchase. The base game will retail for £9.99 / € 11.99 / $ 11.99, while expansions and extra characters will be offered at a range of prices.

“We’ve never launched a title onto Xbox before, so we’re massively excited to see what a whole new group of players think of Talisman: Digital Edition.” said Thomas Young, Digital Marketing Specialist at Nomad Games. “We’re hoping we can continue to bring more of our digital board games to the platform in the future, if Talisman does well!”

The first ever Steam Digital Tabletop Fest, celebrating games that cross between physical and digital, will make its debut 21- 26 October 2020.

Produced in collaboration with Auroch Digital, the event will feature virtual let’s plays, panels, talks and more streaming activities that explore the fusion between physical and digital games with legendary designers, upcoming studios, and you.

Here’s a look at just some of the other wide-ranging activities happening during the event:

How to get involved

Join in during the live broadcasts to chat to the devs about the topics of conversations and their games, or catch them via VOD if you can’t make the live steam. More panels and talks will be announced as the event gets closer.

The Steam Digital Tabletop Fest features games that run across the lines between digital and physical games; this can be a digital port of a physical game, a game which has produced a physical version from the digital one, a game that simulates the physical play experience, or a digital game whose aesthetics are inspired by tabletop games.

To learn more and to sign up to be reminded when the event begins, please visit this link.

GAME, the specialist video games retailer, is excited to announce that in a UK retail first, GAME will expand its digital gaming offering with a new partnership with Microsoft to bring the best of Xbox digital download content direct to gamers.

From the 15th of August, the process of purchasing new digital Microsoft content from GAME will be easier than ever for our customers. Although still able to purchase Microsoft digital currency, the new offering will allow gamers to directly purchase selected Xbox One and Xbox 360 digital only games and add-on content from GAME’s 320 UK stores, as well as through game.co.uk, enabling them to get gaming quicker.

The expanded offer will be available on both new and previously released Microsoft titles, including season passes for “Forza Motorsport 5,” “Halo 4” and “Gears of War: Judgment,” or digital games, such as “State of Decay” and “Max: The Curse of Brotherhood”. Prices start from £9.99, and customers who have downloaded the GAME app will be able to use their new GAME wallet currency to purchase all products in store, as well as receiving reward points on all transactions.

Charlotte Knight, Category Director at GAME commented: “We’re incredibly excited to be partnering with Microsoft to bring a wide range of the best Xbox digital content directly to the UK gaming community. At GAME, our aim is to make digital content as accessible and simple as possible for all our customers, helping them to discover and enjoy the huge range of games available through GAME’s ever increasing digital offering.

“By purchasing through GAME, customers will also be able to earn Reward points on all their purchases, both in-store and online, as well as having the added benefit of paying through trading in, making it even easier for them to get gaming.” 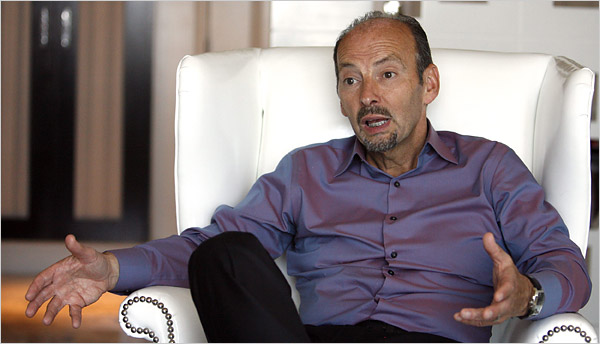 Train2Game students have seen the games industry change a lot over the last few years, in part thanks to the rise of mobile and cloud based gaming, and according to EA COO Peter Moore, games companies will need to keep changing methods of operating in order to survive.

“Transitions are hard because revenue slows down and costs speed up. You’re getting ready to develop for new platforms, whether they be hardware platforms or software, and it’s getting to be even more complex now,” Moore told Industry Gamers in the latest of their ‘Better know’ interviews.

Interestingly, as previously reported by the Train2Game blog, Moore has previously stated that Nintendo’s Wii U is not a transitional platform.

But he believes that developers and publishers to stick to traditional business models will find that they eventually disappear.

The companies that have prepared themselves and have diversified their offerings to chase the consumer wherever they want to play games are the companies that will succeed and thrive and flourish. Companies that continue to rely on the old model as the model changes before our eyes, unless they change their ways and invest in the future those companies eventually will die off. No two ways about it,” said Moore.

And the EA COO believes that, while physical copies of games remain strong for now, eventually we’ll be in an entirely digital industry.

“The packaged goods business, while still flourishing and strong, eventually – as we’ve seen in music and movies – will go to the cloud. It will go digital and we’ll be delivering games from the cloud and delivering games directly to hard drives and we’re still going to sell a lot of discs for the foreseeable future.”

But eventually, physical media will diminish as the core part of how gamers get their content. And we’re ready for that, but we’re also still ready to be the number one packaged goods publisher in the world.” said Moore.

“If you want to be a publisher that’s still going to be viable for the consumer 3-4 years from now, you better be ready to deliver your content anytime, anywhere and to everyone.” he added

Peter Moore has previously questioned the role of handheld consoles thanks to the rise of smartphone gaming.

So Train2Game, what do you make of Moore’s comments? Will the future be digital?

Train2Game students will be aware that many game developers are moving into digital, social and mobile gaming.

Indeed, as reported by the Train2Game blog, one of the biggest games industry publishers in the form of EA is massively committed to a digital push.

Their biggest rivals however, Activision, have been less keen to embrace digital. The Train2Game blog has previously reported that Activision CEO still sees a big future for traditional bricks and mortar retail rather than an all digital future.

And while Activision have yet to buy into social or mobile gaming in a significant way, their eventual entry will be ‘methodical’ Gamasutra report CFO Thomas Tippl told the Citi 2011 Tech Conference in New York City

“While our goal is always to be number one in anything we do, even if we only get to half of our fair share in mobile and social over the next three years, it will still represent a significant upside, given that the mobile and social gaming markets have finally reached critical mass. And I expect it to grow at a double-digit clip for the foreseeable future.”

“We are certainly expanding the reach of our franchises through the platforms that are emerging,” the Activision CFO added.

Activision are starting to tip toe into the world of social media with their Call of Duty Elite service which will connect fans of the game with each other via mobile among other things.

As reported by the Train2Game blog, Elite will offer the chance for community game modes to become part of the official game.

And while Activision’s social media and mobile strategy is currently tied to their high profile brands.

“In the future you will see more activity on our part to broaden our social and mobile parts of the portfolio,” he added.

Of course, Activision isn’t totally foreign to digital markets, with 12 million – including some Train2Game students – people paying a monthly subscription for World of Warcraft.

What are your thoughts on Activisions digital and social strategy? Do they risk falling behind? Or are they wise to play the long game?

EA has once again turned up the heat in their battle with Activision, claiming that Battlefield 3 will be superior to the next Call of Duty.

Last month, the Train2Game blog reported that Battlefield 3 has a huge marketing cost, with the ambition of it ‘taking Call of Duty down’

While speaking to investors EA CEO John Riccitiello said he believed Battlefield was superior to Call of Duty in every way, even when it came to Game Development and Game Design.

We know we have a big competitor,” he said. “But head-to-head with Call of Duty in Q3, we have the superior game engine, a superior development studio, and a flat out superior game. Our goal is to significantly gain share in the huge FPS category and to put the other team on defence.”

It could be an uphill struggle, with Call of Duty being UK’s biggest selling entertainment product of 2010, but Riccitiello suggested that Battlefield 3 is heading in the right direction, with pre-orders up 700% up “versus the same period before the launch of Battlefield: Bad Company 2.”

“A lot of people are telling us they want to play this game on day one,” he said. Are there many Train2Game students out there who want to play Battlefield 3 on release day?

Earlier this year, the Train2Game reported that Riccitiello believed digital downloads would overtake traditional retail this year. He reaffirmed EA’s commitment to digital while speaking to investors.

“Over the coming years, we will transform EA from a packaged goods company to a fully integrated digital entertainment company.” he said. “We transform EA to a games-as-a-service model by focusing on three new strategies.”

“We are the only company with world-class teams working cross-platform on social, mobile and console development. We are integrating these teams and augmenting them with product monetisation and marketing.” He added.

So Train2Game, is Battlefield 3 going to be a Call of Duty beater? Do you believe EA are going to be promoting it the right way? Is it a day one purchase for you? And what are your thoughts on EA’s commitment to digital?