The video games sector now accounts for more than half of the UK’s entire entertainment market, according to a new report.

The industry is worth £3.86bn – more than double its value in 2007 – said the Entertainment Retailers Association (ERA).

That makes it more lucrative than video and music combined.

The success is largely down to three games: Fifa 19, Red Dead Redemption 2 and Call of Duty: Black Ops 4.

The games market has grown, despite the fact that the physical console and PC games market shrank slightly in 2018.

Chief executive of ERA, Kim Bayley said: “The games industry has been incredibly effective in taking advantage of the potential of digital technology to offer new and compelling forms of entertainment. Despite being the youngest of our three sectors, it is now by far the biggest.”

Three games – Fifa 19, Red Dead Redemption 2 and Call of Duty: Black Ops 4 – each sold more than one million physical units in the UK during 2018.

This is all the more impressive when you realise that these games were all released in the latter part of the year.

The figures do not take account of the success of mobile and free games such as Fortnite, however, which has more than 200 million players around the world.

Piers Harding-Rolls, head of games research at IHS Markit said: “During the last five years the games sector has benefited hugely from the mainstream adoption of games apps on smart devices, and the transition from physical distribution to digital distribution in established parts of the market such as console gaming.

“Games are now truly mass market and a very important part of the entertainment sector.”

He added: “Growth has been fuelled by the dominance of free content and in-game monetisation, which expands the adoption of games but also removes the cap on spending for those gamers that are really engaged in the experiences.

“The flexibility of interactive content means it is unique in that it can be monetised in this way, which is an advantage over other forms of entertainment.”

Electronic Arts have chosen SpecialEffect to be the first ever games charity to have an exclusive in-game FIFA 18 kit.

The kit went live in game on Friday 10 November, as a reward for a weekly objective in EA Sports FIFA Ultimate Team.

SpecialEffect are a UK-based charity that provide custom-designed control setups for people with physical disabilities who want to enjoy video games. FIFA is one of the most popular games requested by people they help.

One young man that the charity supported, Chad, has spinal muscular atrophy that severely limits his movement, but he’s now able to play FIFA again using a custom setup that includes a mouth-controlled joystick. “I thought my gaming days were over,” he said, “but thanks to SpecialEffect I can now play FIFA in a different but novel way.”

The kit was launched at Wembley Stadium on 10 November.

Dr Mick Donegan, SpecialEffect Founder and CEO, said “We’re immensely grateful to EA for this wonderful gesture. For many years they’ve been major supporters of our work in levelling the playing field for people with physical disabilities, and the increase in global awareness of our work that the kit will bring is very much appreciated.”

“When I started the charity ten years ago, I never dreamed that we’d be honoured with our own kit in one of the most popular game series ever.” 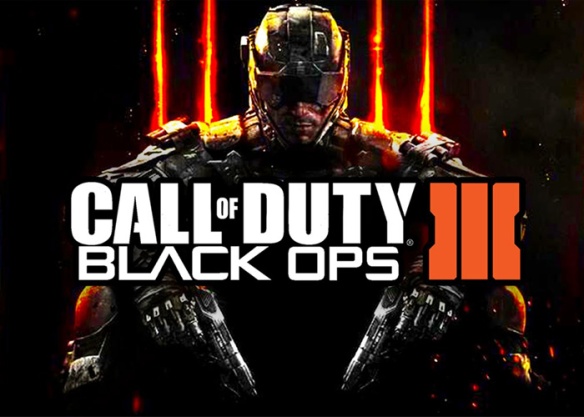 Despite a 24 percent drop in sales, Call of duty Black Ops 3 is still holding firm at the top. Grand Theft Auto V has risen from fourth to second and FIFA 16 is number three. No new games in the charts.

Another chart with no new entries but FIFA 16 has moved up a couple of spaces to number two. Call of Duty Black Ops 3 is still the number one game this week.

Next weeks Christmas number one is a threehorse race between the usual suspects; This weeks number one Call of Duty Black Ops 3, FIFA 16 and this years big new comer, Star Wars Battlefront. There are no new games in the charts this week.

FIFA 16 once again takes the number one spot with Just Cause 3 making its debut at number fourand Tom Clancy’s Rainbow Six: Siege enters the chart at number six.

No new games this week but in the lead up to Christmas FIFA 16 has retaken the number one spot from Star Wars Battlefront. 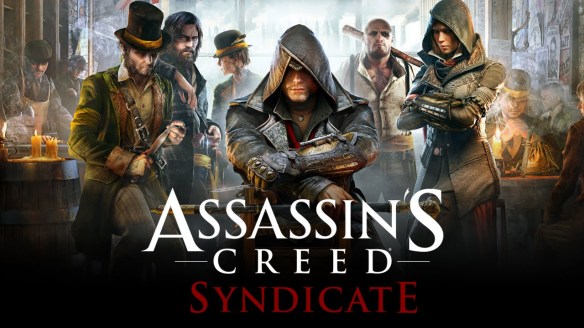 Assassin’s Creed Syndicate has managed to knock the power house that is FIFA 16 off the top spot. Guitar Hero Live rocked its way to number three and The Legend of Zelda: Triforce Heroes couldn’t quite breach the top ten landing at number eleven.

A few new games have been added to the charts this week the highest new game is at number eight with the latest instalment of the Tales series, Tales of Zestiria. Lower down the chart at number twelve is WRC 5 and the latest Dragon Quest, Dragon Quest Heroes has debuted at number eighteen, FIFA 16 remains in the number one spot.

Another chart with Fifa 16 at number one. Uncharted: The Nathan Drake Collection is the first new game this week at number two with Rock Band 4 making its début at number ten.