Entirely unsurprisingly Fallout 4, one of the most anticipated games of the year, is number one in the charts, knocking Call of Duty Black Ops 3 down to number two. The sequel to the Tomb Raider reboot, Rise of the Tomb Raider also made its debut this week at number four. At number seven, Segas latest Football Manager has arrived. 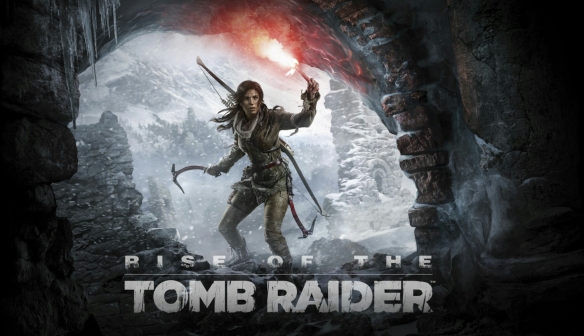 Following Rise of the Tomb Raider’s exclusivity to Xbox, Square Enix have announced the release date for PlayStation and PC.

Square Enix today announced its latest title in the critically acclaimed and award-winning Tomb Raider series, Rise of the Tomb Raider, will be available for Windows 10 and Steam in early 2016.

The game will be a console exclusive to Xbox One and Xbox 360 for one year after its initial launch, coming to PlayStation 4 (PS4) in Holiday 2016. Renowned developer Crystal Dynamics, a Square Enix studio, is leading development in the latest entry in the iconic series for additional platforms.

In the critically acclaimed Tomb Raider, Lara Croft survived a harrowing experience only to be discredited as part of a cover up. Now, after uncovering an ancient mystery, Lara must explore the most treacherous and remote regions of Siberia to find the secret of immortality before a ruthless organization known as Trinity. Lara must use her wits and survival skills, form new alliances, and ultimately embrace her destiny as the Tomb Raider.

Experience high-octane action moments, conquer beautifully hostile environments, engage in brutal guerrilla combat, and explore awe-inspiring deadly tombs in the evolution of survival action. In Rise of the Tomb Raider, Lara becomes more than a survivor as she embarks on her first great Tomb Raiding expedition.

Rise of the Tomb Raider will premiere first, exclusively on Xbox One and Xbox 360 on November 10, 2015.

Rise of the Tomb Raider won’t be available on either PS4 or PC, following Microsoft’s deal to sign the game exclusively for Xbox One.

Following a bad reaction from PlayStation and PC users on the Crystal Dynamics forums, head of studio Darrell Gallagher has explained what he presents as the motivation behind the news.

“We consider all of you to be the lifeblood of Tomb Raider and the work we do at Crystal,” he said. “I’d like to give you some insight into this decision, and why we feel this is the very best thing for the Tomb Raider sequel we’re creating at the studio.

“Tomb Raider in 2013 was a success due in large part to your continued support. Our goal has always been to deliver something truly special with Rise of the Tomb Raider. Today’s announcement with Microsoft is one step to help us put Tomb Raider on top of action adventure gaming.

“Our friends at Microsoft have always seen huge potential in Tomb Raider and have believed in our vision since our first unveil with them on their stage at E3 2011. We know they will get behind this game more than any support we have had from them in the past – we believe this will be a step to really forging the Tomb Raider brand as one of the biggest in gaming, with the help, belief and backing of a major partner like Microsoft.”

Gallagher goes on to say that the team is working to make this the biggest and most ambitious Tomb Raider to date.