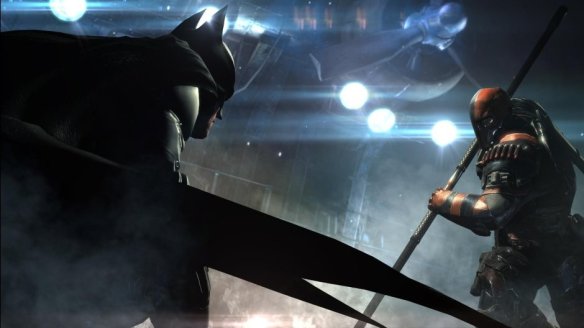 The third Batman: Arkham game has followed in the footsteps of it’s predecessors debuting at number one, selling almost the exact amount of games that Batman: Arkham Aslyum sold in it’s first week. The all-time best-selling Batman game there has been in the UK however is Lego Batman: The Videogame from 2008. Further down the chart Ubisoft debut at number fifteen with Rocksmith 2014 Edition and EA debut at eighteen with The Sims 3: Into the Future.

Gamer Network announced what is being referred to as the best ever developer sessions line-up for Eurogamer Expo 2013.

This year features presentations by the studios making Watch_Dogs, Killzone: Shadow Fall, The Witcher 3 and many more blockbuster titles.

Each developer session brings visitors face to face with top game makers, who will showcase new details of their projects in development, and for the first time ever, every single session will be streamed live at http://youtube.com/eurogamer.

This year’s schedule also features more indie games than ever, including a trio of PlayStation 4 titles: Resogun from Housemarque, Wasteland Kings from Vlambeer and Velocity 2X from FuturLab. Peter Molyneux also returns to the Eurogamer Expo stage to talk about Project Godus.

The full session schedule can be found at http://www.eurogamerexpo.com/whats-on/schedule

Each session will last around 35 minutes and in addition to hundreds of seats in the main auditorium, this year organisers have introduced an overflow area where attendees can watch the sessions in comfort, recharge phones and meet friends. 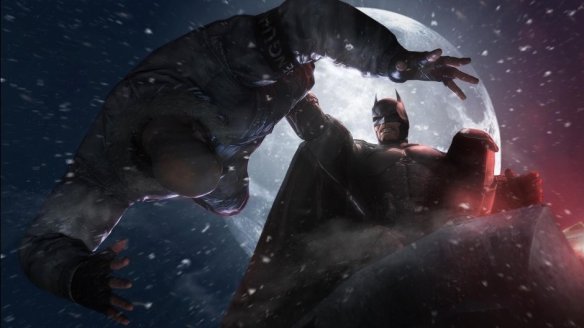 It’s the end of the week so is is time for the Train2Game news round up.

Warner Bros. Interactive Entertainment and DC Entertainment today confirmed that Batman: Arkham Origins will ship with a mode that allows players to take the franchise’s award-winning gameplay online to play with friends and foes.  The online component blends the traditional Arkham gameplay with third-person shooter mechanics and is in development by Splash Damage. The multiplayer will be available on all platforms except the Wii U. You can enjoy the trailer for it here: http://youtu.be/CFx82wX3NE8

Continuing the hero game theme, Deadpool has had it’s first DLC announced. The “Merc with a map pack” will introduce two new challenge maps; GRT Plaza and Inside the Tower. You will also get two new costumes for Infinite Mode: a D-Pooly and Uncanny X-Force suit. The DLC is available now for 240 Microsoft points. You can also now purchase the game from the On Demand market.

In celebration of the highly anticipated launch of Pokémon X and Pokémon Y for the Nintendo 3DS family of systems, the first of three legendary character distribution events begins August 30 at participating Game stores across the UK. Players can get their hands on Shiny versions of the Legendary Pokémon —Dialga, Palkia, and Giratina—starting with, Dialga, which was featured on the cover of the Pokémon Diamond video game. What makes this event extraordinary is that each of the distributed Legendary Pokémon, which are already difficult to get during gameplay, will be Shiny, meaning they have unusual colouring that is extremely rare. Each Shiny Pokémon will be available, one at a time, for only two weeks each, so Trainers will need to plan accordingly and head to a participating Game store if they want to add these extremely rare Legendary Pokémon to their Pokémon Black, Pokémon White, Pokémon Black 2, or Pokémon White 2 game.

A new character has been announced for the hit mobile game, Temple Run 2. You can now pay for and download Gold medal olympian, Usain Bolt to run from the dangerous in the game. As the first branded character in Temple Run history, Usain Bolt’s worldwide recognition demonstrates the global and cultural reach of the original endless runner game. “I am a big fan of Temple Run. I travel all over the world and travel time gives me lots of opportunity to play Temple Run at airports or on car journeys,” said Usain Bolt. “It’s exciting to see myself represented within a game I already play.”  The Usain Bolt character is available now as an in-app purchase in Temple Run 2 for $0.99, for a limited time only.

The Gamer Network has announced that the PlayStation 4 will be playable at this year’s Eurogamer Expo.

The Expo takes place at Earl’s Court in London from Thursday, September 26 to Sunday September 29.

Other games that have been announced for the expo this year include;  Assassin’s Creed IV: Black Flag, Battlefield 4, FIFA 14, Batman: Arkham Origins, Dark Souls II and several titles from Nintendo, with many more still to be announced.

Over 70,000 consumers are expected to attend the show, with four-day passes and weekend tickets already sold-out. Tickets for Thursday and Friday are available from the event’s website so act fast!

The show will also see the return of the Indie Arcade, sponsored by SEGA, and a tournament and retro area to fulfil all your nostalgia needs!

Eurogamer is a great place to try out the new games and to talk to games developers. You can get an insight into how the industry works and how some of your favorite companies operate.

I advise every potential games industry person to attend this annual event!

It’s the end of the week so it is time for the Train2Game round up of Games Industry news from across the week!

First of Warner Bros. Interactive Entertainment and DC Entertainment released a teaser trailer for Batman Arkham Origins. This most certainly is a tease! The full trailer is scheduled to be released on May 20, the day before the big Xbox reveal. You can enjoy your teaser here, http://www.youtube.com/watch?v=uvQXipKxrCE&feature=youtu.be

To continue our trailer theme, a trailer for Ubisoft’s Assassin’s Creed IV: Black Flag was also released earlier this week. This is following comments made by CEO Yves Guillemot who stated that they don’t expect AC4 to do as well as it’s predecessors. This cautious approach is a refreshing change. You can enjoy the PEGI 18 trailer here, http://www.youtube.com/watch?feature=player_embedded&v=Iys4wq7O_fQ

2K and Gearbox Software today announced that the sixth playable character for Borderlands 2, Krieg the Psycho, is now available via digital download across all available platforms for $9.99 or 800 Microsoft Points. The Psycho Pack offers fans a chance to play with one of the most iconic personalities in the Borderlands universe. The sixth playable character for Borderlands 2, Krieg the Psycho, harnesses his psychotic multiple personalities to give the bandits and baddies of Pandora a taste of their own medicine. Vault Hunters can use the new character class to shoot and loot their way to new heights in Borderlands 2 with the recently released Ultimate Vault Hunter Upgrade Pack. The pack raises the level cap to 61 for all six characters, unlocks a third play through called Ultimate Vault Hunter Mode, and is available now for $4.99 or 400 Microsoft Points as a standalone purchase. It is also included as part of the Borderlands 2 Season Pass.

Valve has announced the Steam Trading Card beta is available for sign up now. Fans participating in the beta can unlock virtual trading cards by playing selected titles including CS: GO, Portal 2,  Dota 2 and more to come. The cards can be turned into game badges and trade-able Steam community items, according to info on the Steam site. Full sets of cards can be combined to earn Steam badges, all of which will contribute to your overall Steam level. “Up to half the card set is dropped through game play, the other half is earned through your collecting prowess,” says the blurb. Collecting prowess means that you can get more cards by interacting and trading with fellow Steam community members. Images on the Steam Trading Cards page indicate that these could entitle you to money off purchases on the Steam store. If you’d like to sign up for the beta, you can do it here.

Tech website The Verge is reporting that Microsoft is about to kill off its points system, the method by which we use to buy products off Xbox live, and is moving instead towards using real world prices, and allowing gift cards to pay for its services. These gift cards will supposedly work in the same way as Apple iTunes vouchers do, and the change will also allow users to buy with normal credit or debit cards. This comes after Windows 8 was changed late last year to reflect real-world prices rather than points. This should be confirmed to be true or not at this years E3.

In the new issue of Games Master magazine speak to WB Montreal, the studio behind the Arkham prequel. They discuss the approach to crafting a different Dark Knight and offers some insight into features that didn’t make the cut.

Warner has confirmed the Batman: Arkham Origins release date as October 25 for consoles and PC. There is also a few new screens from the game which can be seen in the gallery at the bottom of this article.

According to a recent report, Arkham Origins will have a multiplayer mode, making it the first in the series to include it.

Here are the new details as reported in Games Master: 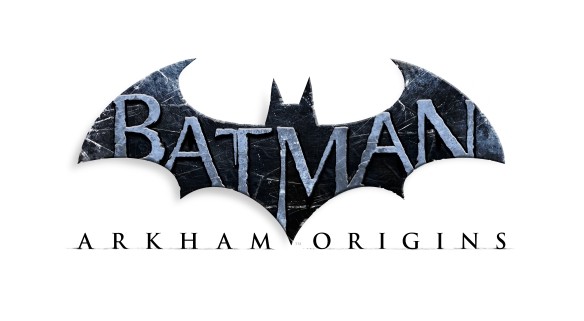 Good news for Train2Game Bat-Fans! WB Games have announced the next game in the Batman Arkham Universe.

Developed by WB Games Montréal, Batman: Arkham Origins features an expanded Gotham City and introduces an original prequel storyline set several years before the events of Batman: Arkham Asylum and Batman: Arkham City, the first two critically acclaimed games of the franchise.  Taking place before the rise of Gotham City’s most dangerous criminals, the game showcases a young and unrefined Batman as he faces a defining moment in his early career as a crime fighter that sets his path to becoming the Dark Knight. As the story unfolds, players will meet many important characters for the first time and forge key relationships.

Batman: Arkham Origins Blackgate is a 2.5-D game developed by Armature Studio that brings the Batman Arkham experience for the first time to Nintendo and Sony handheld systems.  A companion game to Batman: Arkham Origins, players can continue the storyline of the console version and discover more details of the Dark Knight’s past.

“WB Games Montréal is honoured to have the opportunity to create Batman: Arkham Origins, a new chapter in this amazing franchise” said Reid Schneider, Vice President and Executive Producer, WB Games Montréal.  “We are huge fans of the franchise and are committed to creating an experience that offers players more of what they love, as well as the chance to play as a younger Batman within a fresh storyline and expanded world.”

Fans can visit www.batmanarkhamorigins.com for more information about the game.